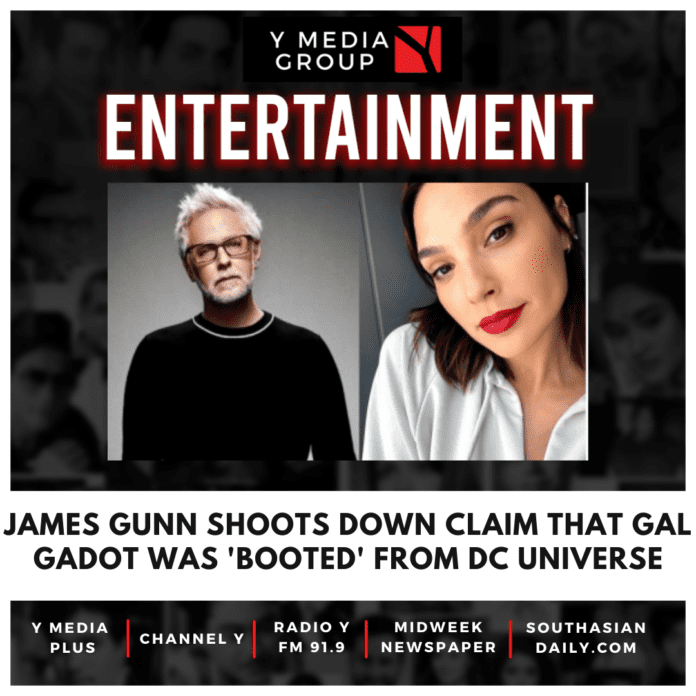 Many fans have speculated that with the axing of the third installment of the ‘Wonder Woman’ film, Gal Gadot had been “booted” from DC.

However, Gunn provided some clarity about Gadot and where she currently stands, reports ‘Deadline’.

“I’m not sure where you’re getting that we ‘booted’ Gal,” Gunn replied.

Gunn’s response could be interpreted in two ways: Gadot is still working with DC for a future Wonder Woman appearance or Gadot left DC on her own accord amid the shakeup.

Jenkins’s treatment for ‘Wonder Woman 3’ was rejected by the new regime at DC as it did not fit the plans Gunn and Safran have for the DC Universe.

“I never walked away. I was open to considering anything asked of me. It was my understanding there was nothing I could do to move anything forward at this time. DC is obviously buried in changes they are having to make, so I understand these decisions are difficult right now,” Jenkins said in a statement.

Prior to news that ‘Wonder Woman 3’ was not happening under Jenkins’s direction, Gadot shared a hopeful message about sharing with fans the “next chapter” of the superhero.

“A few years ago it was announced that I was going to play Wonder Woman. I’ve been so grateful for the opportunity to play such an incredible, iconic character and more than anything I’m grateful for YOU. The fans. Can’t wait to share her next chapter with you,” Gadot shared on social media.

Gunn has been getting a lot of backlash over his decisions as the DC Universe goes into a new direction. ‘The Suicide Squad’ director addressed fans in a series of tweets calling out the “disrespectful outcry.”

“Our choices for the DCU are based upon what we believe is best for the story & best for the DC characters who have been around for nearly 85 years. Perhaps these choices are great, perhaps not, but they are made with sincere hearts & integrity & always with the story in mind,” he tweeted.

Gunn continued, “We were aware there would be a period of turbulence when we took this gig, & we knew we would sometimes have to make difficult & not-so-obvious choices, especially in the wake of the fractious nature of what came before us.”