Jennifer Lopez Was Reluctant To Star In ‘Shotgun Wedding’ 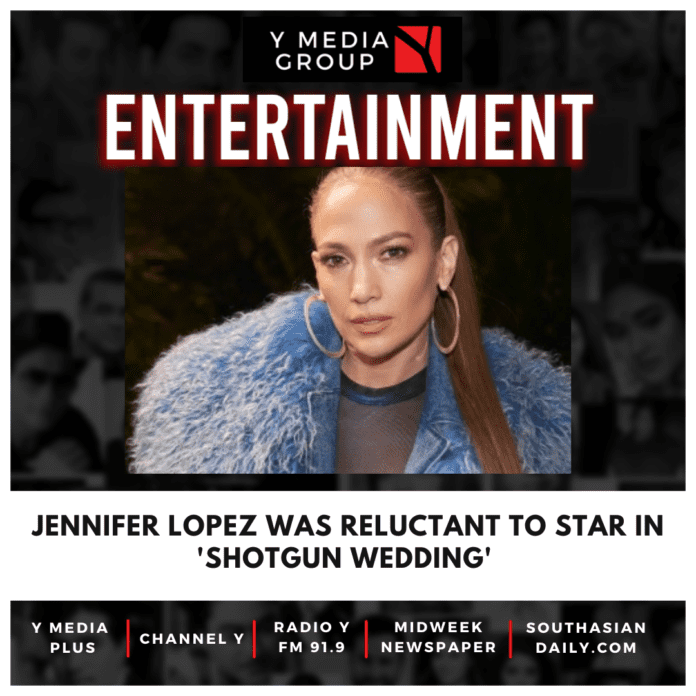 Hollywood star Jennifer Lopez, who leads the cast of Jason Moore’s film “Shotgun Wedding”, was initially unsure about starring in the project after working on the movie “Marry Me” and was only convinced after reading Mark Hammer’s script, media reports said.

Jennifer said: “(I had) just signed on to do ‘Marry Me’ and was about to do it and was like, ‘Ah, I don’t want to do another wedding movie'”.

“I remember, I was in my tub and was like, ‘Let me read it and I was like, ‘Oh this is funny, this could be good; depending on who directed this, it could be really good.’ And then when we got (director) Jason Moore I was like, ‘OK, this is gonna be fun’, and we got this amazing cast,” she told ‘The Hollywood Reporter’, ‘Female First UK’ reports.

As per ‘Female First UK’, the movie tells the story of a couple who gather their families for a destination wedding but the pair must save their loved ones when the guests are taken hostage.

Josh Duhamel plays the male lead in the flick after he replaced the scandal-hit Armie Hammer and had no problems with “connecting” with JLo on set.

He said: “(I) knew that it wasn’t going to be difficult for us to connect in a way that was realistic on film, because if we weren’t able to do that the movie wasn’t going to work and we talked about that. We talked about trusting each other and no matter what: I’ve got your back and you’ve got mine so go for it, don’t be afraid to do something silly.”