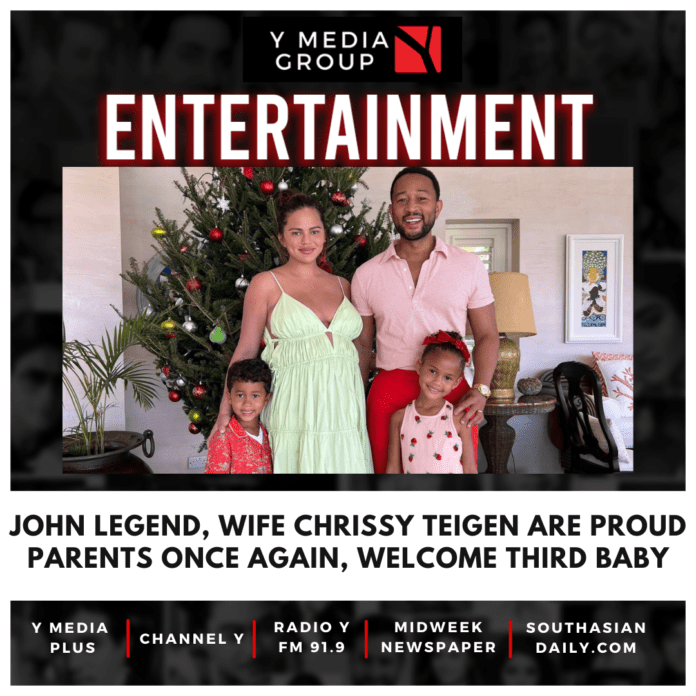 Grammy winner John Legend and his wife Chrissy Teigen’s family just got a little bigger as they couple welcomed another baby.

The baby was born on Friday (pacific standard time), the proud father confirmed hours after his child’s arrival, reports People magazine. Legend, 43, told a crowd at a private concert that they welcomed “the little baby.”

“What a blessed day,” he said. The singer added that while he “didn’t get a lot of sleep” he “feels energised” after spending “a lot of time” at the hospital.

Attendees of the special event immediately headed to social media to share the big baby news.

“@johnlegend just told us he had a baby this morning,” one concert-goer wrote, quoted by People.

The birth of their baby comes after the couple experienced a heartbreaking pregnancy loss in October 2020. The couple is already parents to son Miles Theodore, a little over 4 years in age, and daughter, Luna Simone, 6-years old.

Speaking with People in March, the multi-hyphenate talked about his family’s preparation for their new addition. “We’re all excited,” Legend said, “and, you know, my kids are old enough to really be aware of what’s happening, so they’re really anticipating having a new sibling in their lives. And I think they’ll be good at being a big sister and big brother.”