Kartik Aaryan to perform at the opening ceremony of 53rd IFFI 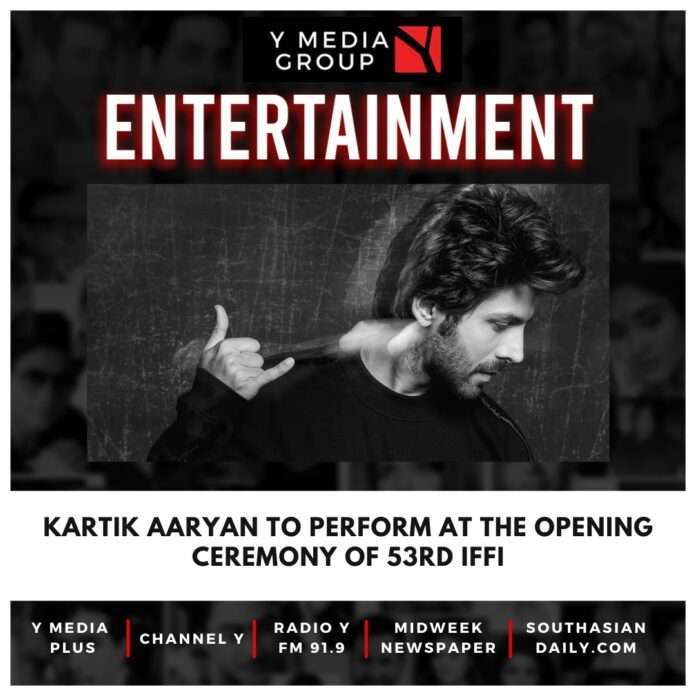 Bollywood star Kartik Aaryan, who has had quite a successful run at the box-office, is set to perform the closing act at the soon to be held 53rd edition of the International Film Festival of India, in Goa on November 20.

The festival, which opens on November 20 and will run through November 28, will see the actor shaking a leg to some of the hit numbers from his films as a part of the opening ceremony. Kartik has amped up the curiosity of the viewers with the teaser of his upcoming movie ‘Freddy’.

Recently, the song ‘Kaala Jaadu’ from ‘Freddy’ was released to a positive response from the audience. He will be performing on the very song for his act along with the title track of his movie ‘Bhool Bhulaiyaa 2’.

Kartik Aaryan is currently making headlines for his upcoming film ‘Freddy’. After its intriguing teaser, the superstar made the nation groove on this recently released song ‘Kaala Jaadu’ from ‘Freddy’ and now he is all set to bring the magic of his dancing spectacles on the stage of IFFI 2022.

On the work front, as ‘Freddy’ is set to release on December 2 on Disney+ Hotstar, Kartik will also be seen in ‘Shehzada’, ‘Captain India’, ‘Satyaprem Ki Katha’ and Kabir Khan’s untitled next.