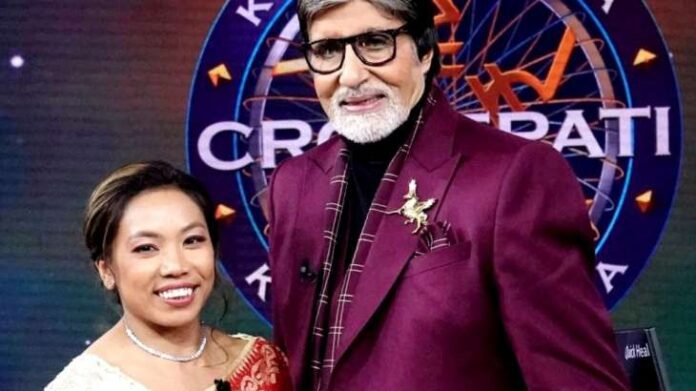 During the game, Big B asked them a question about the traditional dance performances at the Yaoshang Festival(a five-day festival celebrated during spring) in Manipur and Chanu being from the same state was aware of the answer and she chose the correct option that is Thabal Chongba.

Later, she taught him the dance steps to perform along with her and Nikhat. She asked Bachchan: “There is a small request if you could join me on stage to perform a few steps.”

The megastar also enquired the ace sports personalities about the strict diet regime that they follow while training and to this Mirabai told him that she loves pizza. “I am so fond of pizza but have to avoid it.” Nikhat said that she is a big foodie and she often misses Hyderabadi biryani.

Share
Facebook
Twitter
Pinterest
WhatsApp
Previous article
Goodbye: Rashmika Mandanna recalls her first meeting with Amitabh Bachchan: ‘I went to him and…
Next article
Ponniyin Selvan 1 trailer video has best of Kollywood written all over it; netizens call it magnificent