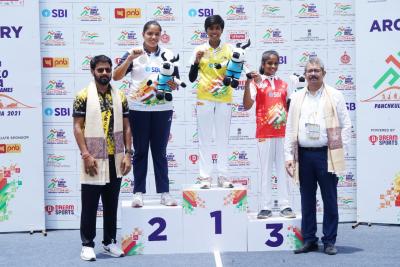 After winning five gold each, hosts Haryana and defending champions Maharashtra will battle it out one last time on Monday, hoping to annex the Khelo India Youth Games, 2021 crown.

Amazingly, on the penultimate day too, both collected five gold medals each to maintain the status quo of the last couple of days, with Maharashtra holding a solitary gold advantage.

Haryana will, however, enter the final day with utmost confidence as 20 gold are up for grabs in boxing. They have as many as 12 boxers in the finals while Maharashtra have only four.

They are also in both the handball finals and would fancy at least one gold. The boys are up against Delhi and their girls against Himachal Pradesh.

Maharashtra too are in both the kho-kho finals and are expected to take these gold. Neither Haryana nor Maha are in the other finals, the two basketball matches and the Boys table tennis and football summit clashes.

However, if Maharashtra were hoping to open up a sizeable lead, Haryana judokas and swimmers had other plans. Local boys Ravi and Anil clinched the -81kg and +81kg judo golds before Veer Khattar grabbed the Boys 50m freestyle gold with a timing of 23.94s and Vansh Pannu made it four gold medals from the swimming pool with a timing of 27.84s in the Boys 50m breaststroke final.

Among other contingents, mallakhamb star Pankaj Gargama helped Madhya Pradesh cement their place in the top-10 standing with three gold medals (Boys all round, rope and hanging).

Kerala continued to dominate the Kalaripayattu events bagging three of the four gold medals on offer on the final day of competition to return with a rich haul of 14 gold, 12 silver and 12 bronze to stay in the top five. Karnataka remained on Number 3, thanks to their swimmers.

Tamil Nadu girl’s football team added a gold medal to their tally with a 2-0 win over Jharkhand with two girls with the same name — Shanmuga Priya and Shanmugapriya — scoring a goal each.