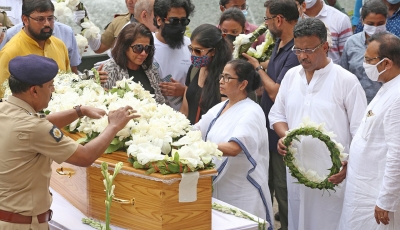 The preliminary post-mortem report of popular playback singer Krishnakumar Kunnath (KK), who died on late Tuesday evening in the city, after a stage performance, has cited the cause of death to be “normal”, without any trace of foul play.

However, the detailed post-mortem report, along with chemical analysis, will be available only after 72 hours, said sources in Kolkata Police, which received the preliminary post mortem report on late Wednesday afternoon from the state-run SSKM Medical College & Hospital, where a team of doctors conducted the autopsy.

According to the preliminary post-mortem report, following the contracted arteries, it can be assumed that the cause of death was massive myocardial infarction. However, the exact cause of death can be ascertained only after the final report is available.

On Tuesday after completing his stage performance at Nazrul Mach in south Kolkata, KK returned to his hotel in central Kolkata. After returning to the hotel, he vomited and became seriously sick. He was immediately rushed to a local hospital where he was declared as “brought dead.”

Now, here the question is being raised by a section of the city- based physicians on why KK was not rushed to the hospital directly from Nazrul Manch, especially after he complained of uneasiness while performing at the dais there. During the show, KK asked for switching off the high-voltage spotlights and also took a rest for some time in between going backstage.

Questions are also being raised about the mismanagement in crowd handling at Nazrul Manch on Tuesday evening, where over crowd of double the capacity of the venue entered, that might have created suffocation. Already a political slugfest has started over this issue.

KK came to Kolkata on Monday and on the same day, he performed at the same Nazrul Manch for another city college.