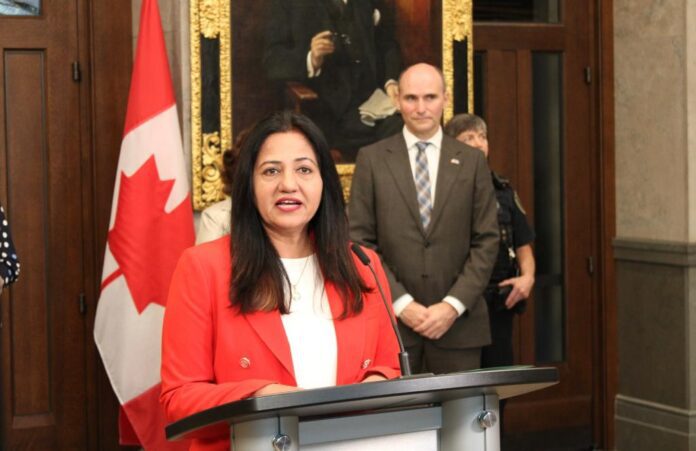 Diabetes is one of the most prevalent chronic diseases in Canada with over 3 million people with diabetes in the country and 200,000 new cases diagnosed every year. It poses many challenges, such as serious complications and premature death for those affected by diabetes, and has impacts on health care systems.

Budget 2021 announced $35 million over five years for research, surveillance and prevention, and to work towards the development of a national framework for diabetes. In June 2021, An Act to Establish a National Framework for Diabetes, introduced by Member of Parliament for Brampton South, Sonia Sidhu was unanimously passed by Parliament.

Today, the Honourable Jean-Yves Duclos, Minister of Health, tabled the first of its kind, Framework for Diabetes in Canada. The Framework provides common policy direction to help align efforts and to support improved access prevention and treatment for all types of diabetes to ensure better health outcomes.

“The release of this Framework marks an important milestone in our efforts to better recognize, collaborate with, and support those living with diabetes in Canada. As we work to make meaningful change in the lives of those affected, we hope that all our partners use this as a tool to build on the many important initiatives and investments that are already in place,” Minister Duclos said.

The Framework was informed by people living with diabetes, academics, researchers, not-for-profit organizations, provinces and territories, Indigenous communities and other important partners to ensure that it makes a meaningful difference in the lives of those living with diabetes.

Brampton South MP Sonia Sidhu said, “Today’s tabling of the Framework for Diabetes in Canada is a culmination of years of tireless work to improve the well-being of people living with diabetes from coast to coast to coast. The framework will give hope to millions of Canadians and provide a common direction to help align our work across the country on prevention, research, treatment, and so much more. My sincere gratitude to everyone who supported Bill C-237 and helped the national framework come to fruition.”

To move forward in addressing diabetes in Canada, we must look at social determinants of health and take a people-centred approach. All relevant partners are invited to use the Framework to guide action to address diabetes and advance opportunities in ways that meet their respective mandates and objectives, and that are adapted to their respective community contexts.

“Today’s tabling of the Diabetes Framework is a significant step forward in helping improve the quality of life of people who live with diabetes. Diabetes Canada thanks Minister Duclos and extends gratitude to MP Sonia Sidhu for her leadership in making this Framework a reality. We are proud to have led the call, alongside thousands of volunteers and hundreds of organizations throughout Canada, for a diabetes framework for the past several years and we look forward to continued collaboration with these groups and governments on the implementation,” Laura Syron, President and CEO, Diabetes Canada said.