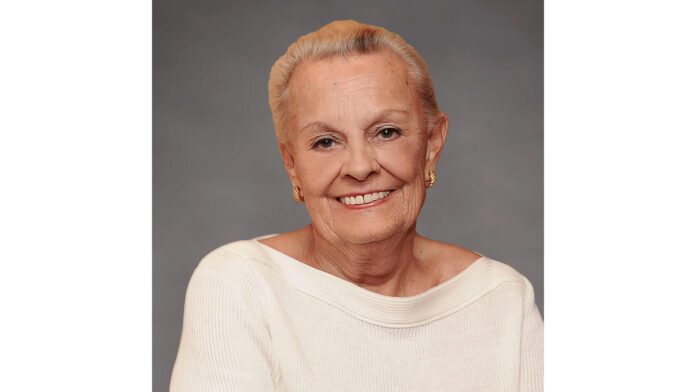 It is with great sorrow that Rogers Communications Inc. (“Rogers”) today announces the passing of Loretta Rogers at the age of eighty-three, peacefully in her home, surrounded by family.

A beloved wife to the late Ted Rogers, mother, and grandmother, Loretta lived a full and vibrant life who dedicated herself to family, friendship, community, and business.

Loretta believed passionately in Ted’s vision for the company, and through 45 years of a deeply loving marriage, Loretta and Ted supported each other to grow Rogers into the company that it is today. Following Ted’s death, Loretta devoted herself to keeping his vision alive and making Rogers the absolute best it could be.

Mrs. Rogers served as a corporate director of Rogers Communications since 1964 and was a member of the Advisory Committee of the Rogers Control Trust.

She deeply believed in building a better future for all Canadians, investing financial support and her time. In 2014, Loretta led an unprecedented donation to establish the Ted Rogers Centre for Heart Research aimed at improving the future of heart health, in addition to founding the Loretta A. Rogers Chair in Eating Disorders at Toronto General & Western Hospital and the Ted Rogers Family Chair in Heart Function at the Peter Munk Cardiac Centre.

Edward Rogers, Chairman of Rogers Communications, said, “Lisa, Melinda, Martha, and I are profoundly saddened by our mother’s passing. We are grieving for an amazing woman who had love and compassion in her heart, kindness in her soul, and who possessed an incredible strength of character. She lived a full and vibrant life and we, like all those who knew her, will deeply miss her leadership and guidance.”

The Board of Directors and all employees of Rogers Communications express their deepest condolences and sympathy to the Rogers family for their loss.