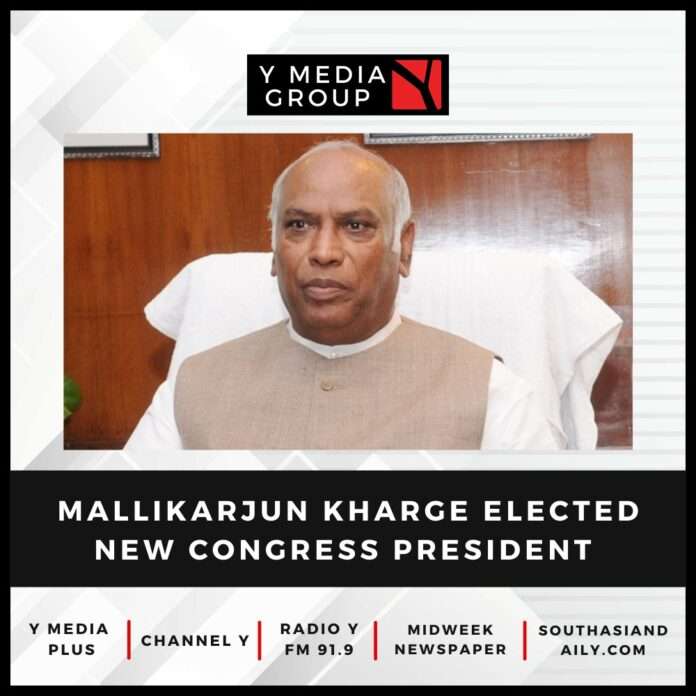 Mallikarjun Kharge was on Wednesday elected as the new Congress President.

Kharge, the first non-Gandhi president in over two decades, was declared winner after he garnered 7,897 votes against his rival Shashi Tharoor who could secure only 1,072.

A total of 416 votes were declared invalid.

Soon after the result was declared, Kharge’s supporters broke into dance and burst crackers outside the AICC headquarters here.

He is likely to take charge next week a day after Diwali (October 25) .