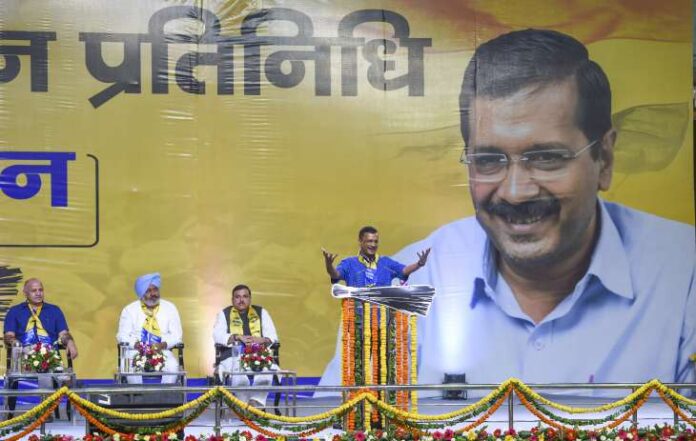 Gujarat polls 2022: Delhi Chief Minister Arvind Kejriwal on Sunday claimed that many leaders and workers of the ruling Bharatiya Janata Party (BJP) in Gujarat secretly support his Aam Aadmi Party (AAP) and want to see the defeat of their own party in the upcoming Assembly elections.

Targeting the BJP over the posters that surfaced in several Gujarat cities on Saturday in which he was termed as “anti-Hindu”, the AAP’s national convener said those behind the posters were “demons and descendants of Kans”.

“Many BJP leaders and workers meet me and secretly ask me to do something to defeat the ruling party. I would like to tell all the BJP workers and leaders who want to defeat their party to work secretly for AAP,” he said at a rally in tribal-dominated Valsad district in Gujarat, where Assembly polls are slated to be held in the next couple of months.

“We have to break 27 years of their (BJP’s) arrogance. I know you have your businesses, if you join us they will damage your business. You stay there, but secretly work to defeat it. Congress workers need not fear, you can leave your party and join AAP. Forget your party,” Kejriwal said.