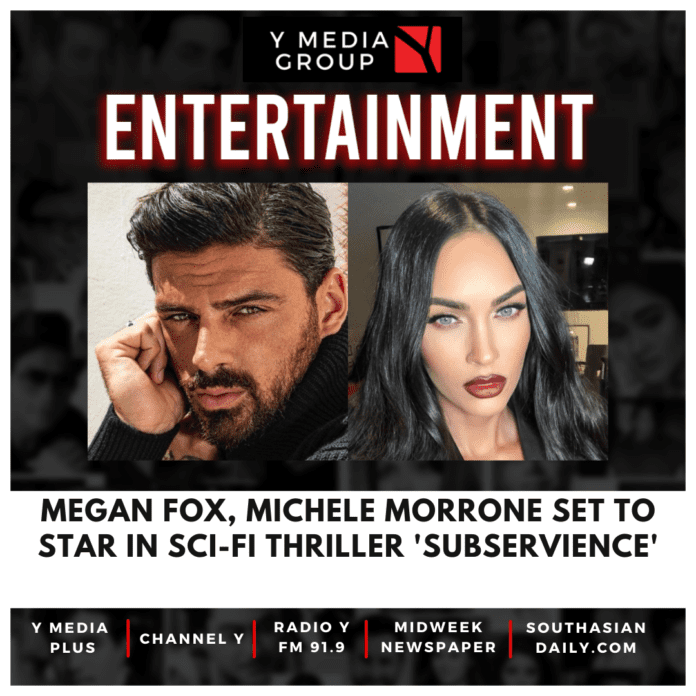 The ‘Transformers’ star Megan Fox and Michele Morrone of ‘365 Days’ fame have been set to star in sci-fi thriller ‘Subservience’.

The project will be bankrolled by ‘Angel Has Fallen’ and ‘The Hitman’s Bodyguard’ producer Millennium Media, reports Deadline.

On the project, Fox will rejoin with her ‘Till Death’ director S.K. Dale, with a screenplay written by Will Honley and April Maguire. Production is due to start filming at the Bulgarian Nu Boyana Studio on January 7, 2023.

According to Deadline, the film is about a struggling father (Morrone) who purchases a domestic SIM (Fox) to help care for his house and family until she gains awareness and turns deadly.

Her upcoming projects include ‘Naya Legend of the Golden Dolphin’ with Kate Winslet, Elliot Page and Gerard Butler, and Millennium Media’s ‘The Expendables 4’ with Jason Statham and Sylvester Stallone.

Morrone is known for his starring role in Netflix’s franchise hit ‘365 Days’ in which he starred opposite Anna-Maria Sieklucka, MGM’s ‘Duetto’, and Netflix’s ‘The Trial’.