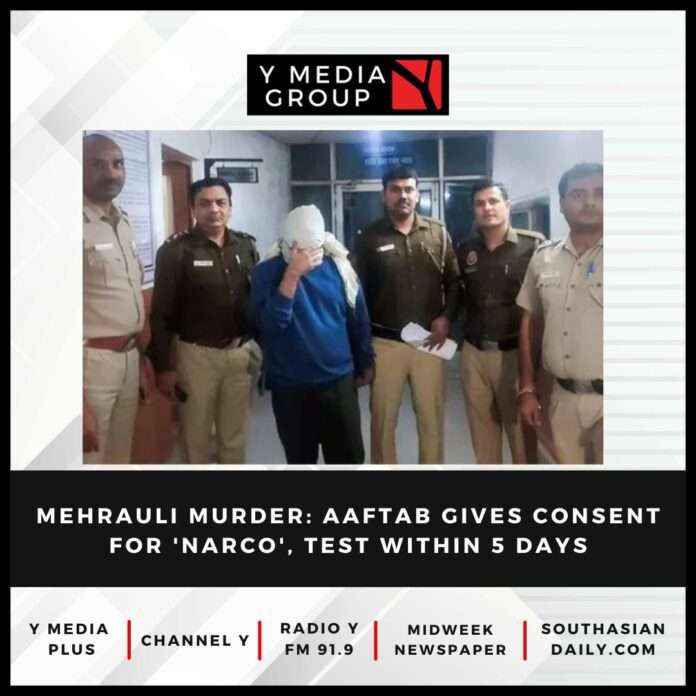 Aaftab Ameen Poonawalla, who is in police custody for allegedly killing his live-in partner and chopping her body into 35 pieces in the Mehrauli area, has given his consent to undergo a Narco test.

Delhi Police had applied for the Narco test as Aftab was not cooperating with the investigation.

“The test will bring out the truth and it will help the investigators move their probe forward,” said the sources.

On Wednesday, the court had given approval for Aftab’s Nacro test, but the test cannot be performed without the consent of the subject.

Sources said that when Aftab was first called for questioning, he had told the investigators that his live-in partner, Shraddha, had left the house on May 22.

“However, her belongings were at the house while Aftab told the police that she had only taken her phone. He also said that they did not speak to each other since she left,” sources said.

He was arrested on November 12. Police got technical and digital evidence which had led the investigators to doubt his version.

During interrogation, Aftab confessed to killing Shraddha and then chopping her body into 35 pieces.