Messi ‘full of joy’ ahead of World Cup final 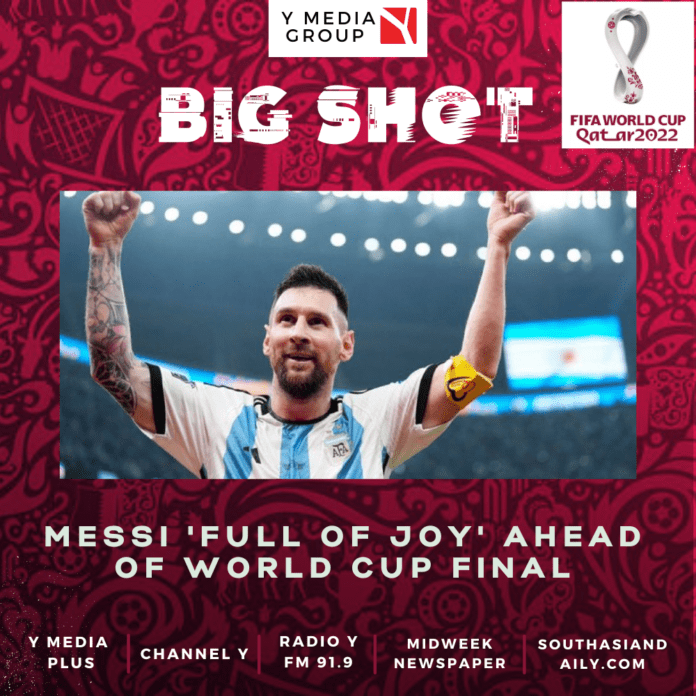 Lionel Messi is in a buoyant mood as he prepares to lead Argentina in their quest for World Cup glory against defending champions France, Albiceleste goalkeeper Emiliano Martinez said on Saturday.

Sunday’s match in Lusail is almost certain to be Messi’s last appearance in football’s showpiece tournament and he is relishing the moment, according to the Argentina No. 23, reports Xinhua news agency.

“I see Lionel Messi very happy,” Martinez said. “He in great form on the pitch. He is playing very well and this gives so much energy to the whole squad because we have the greatest player.

“He is excited, he is full of joy and this helps us a great deal.”

Messi has been in inspired form in this tournament with five goals and three assists from six matches. The Argentina captain is vying for the Golden Boot award with his Paris Saint-Germain teammate Kylian Mbappe, who has also scored five times for France.

Martinez said Mbappe was one of several players the Albiceleste must be wary of at Lusail Iconic stadium.

“France are an opponent that we could have played against in the last 16 and we’d already analyzed them very well,” Martinez said.

“They were the champions in the last World Cup and we are not only talking about one player. They have their own resources, they are very dangerous. They have great defenders, top level players, they have a wonderful goalkeeper as well so they are an excellent national team.”

Martinez paid tribute to the legions of Argentine fans that have travelled to Qatar to support their team.