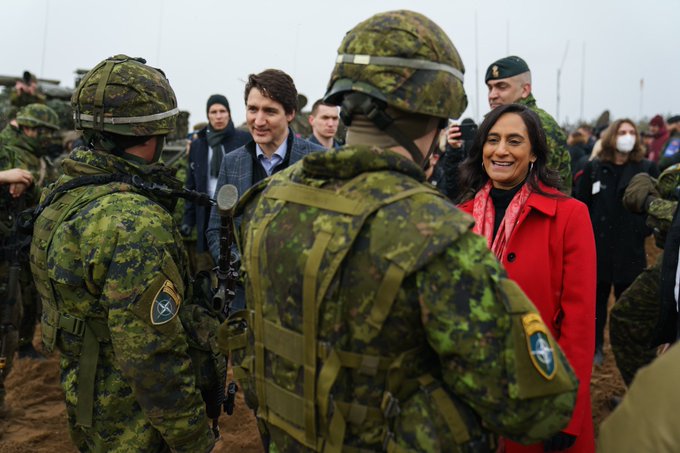 Recognizing that Canada cannot meet its defence needs without the dedicated, motivated and highly skilled people who work tirelessly to defend Canada and promote Canadian values and interests at home and abroad, SSE puts our people at the centre of everything that we do, increasing support to our Canadian Armed Forces personnel, to their families, support to their careers, and to establishing a more diverse and resilient Defence Team.

Canada’s defence policy committed to significant investments to provide the Canadian Armed Forces with the equipment, infrastructure, technologies and capabilities needed to meet modern and complex challenges at home and around the world, and it established stable, predictable and realistic long-term funding for National Defence.

Much has been accomplished over the past five years, but we still have many important initiatives underway. SSE remains our roadmap for National Defence over the coming years, as we look to adapt to an evolving security environment that has changed significantly since the policy’s launch. Increasing threats by state and non-state actors, shifting power dynamics, and above and below threshold operations continue to cause uncertainty and instability into an increasingly strained geopolitical environment.

For these reasons, Canada, alongside our partners must continue to press forward, to invest in leading-edge technologies, to innovate and modernize our capacities and capabilities, and to enable our people to better anticipate, adapt and act – as we defend Canadian interests at home and support our partners and allies by upholding the rules-based international order.

Minister Anand said, “As we look back on the last five years of Strong, Secure, Engaged, we can be proud of what we have accomplished. But we must also look to the future to ensure we can meet the challenges of the evolving defence and security environment. In the face of a changing world, we are conducting a swift update of Canada’s defence policy over the coming months, as announced in Budget 2022. This will help us harmonize current and planned projects with new and emerging priorities, and will integrate and align our efforts to maintain a cohesive, comprehensive, and responsive defence policy that reflects our evolving reality and enables the Canadian Armed Forces to conduct the difficult tasks we ask of them.”