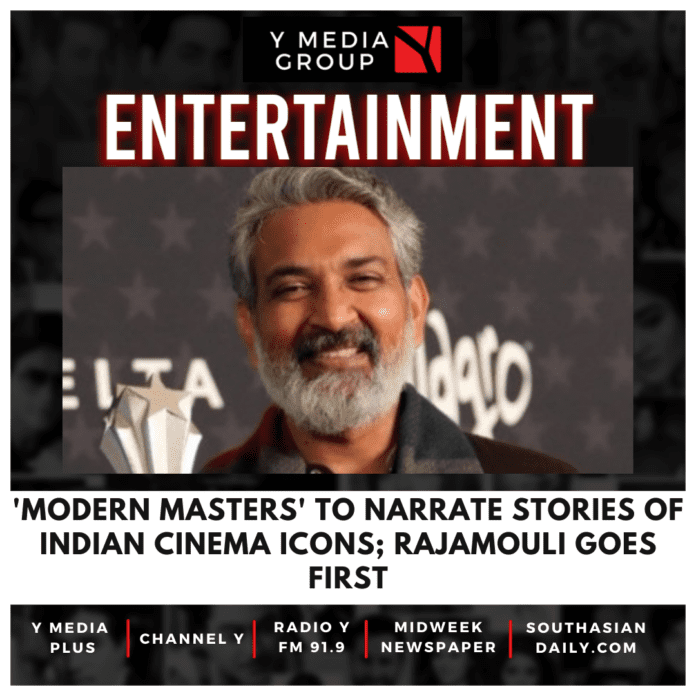 Superstar director S.S. Rajamouli, who is currently basking in the Golden Globe and Critics’ Choice Awards win of his film ‘RRR’, will be sharing his methods, motivations, and creative journey in the upcoming docu-series ‘Modern Masters’.

From his humble beginning in television to the global success of his epic ‘Baahubali’ franchise and ‘RRR’, the docu-special will capture Rajamouli in all his dynamic and diverse glory, from the set to the office, at home and on the go. Rajamouli, in conversation with the host – Anupama Chopra.

It will also feature interviews with some of the biggest names in the industry who have contributed to Rajamouli’s success, including actors and producers. Gearing up for its release, Modern Masters was shot extensively across Hyderabad, Tokyo, Los Angeles over 4 months.

Show host, Anupama Chopra said: “Modern Masters is a celebration of our greatest talents. It is a portrait of an artist and a time. I am thrilled to kick off the series with a director whose imagination has broken boundaries across the globe. S.S. Rajamouli’s movies are vehicles of emotion, thrill and joy. Through our documentary, we hope viewers get an insight into his incredible mind and process.”

The show has been put together by Applause Entertainment and Chopra’s Film Companion and Rajamouli will be the first Master on the series, which promises to tell the stories of different filmmakers in Indian cinema.

Sameer Nair, CEO – Applause Entertainment, said: “In our first collaboration with Anupama Chopra and Film Companion, we are honoured to present ‘Modern Masters’, a testament to the enduring power of storytelling and the trailblazing talents who have shaped Indian Cinema. The first special of the docu-series will celebrate the incomparable S.S. Rajamouli, a true modern master whose groundbreaking work has inspired a generation of creators.”