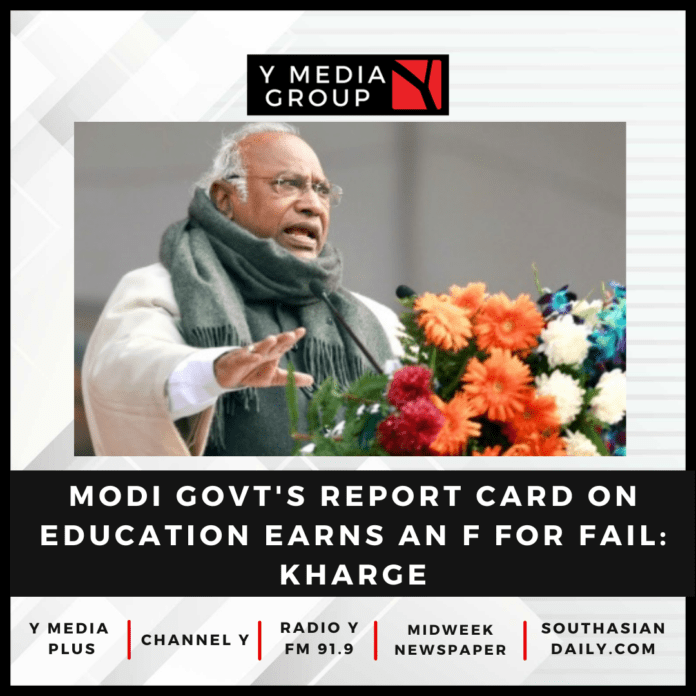 Congress President Mallikarjun Kharge on Sunday alleged that the Central government has failed in the education front and students cannot read as per a report.

Kharge cited a report that says that reading ability of standard 3 children in the rural schools in the country has seen an alarming dip as only 20.5 per cent of children could read a Class 2 textbook.

The report says the ability to read has shown a fall of nearly seven percentage points in 2022 as compared to 2018 in which 27.5 per cent Class 3 children could read a Class 2 textbook.

The reading ability of children has fallen even below the 2012 level when 21.4 per cent of Class 3 students could read Class 2 textbooks.

The 2022 report also mentions a fall in children’s ability to do basic mathematics and only 25.9 per cent Class 3 children could do basic arithmetics as compared to 28.2 per cent in 2018.