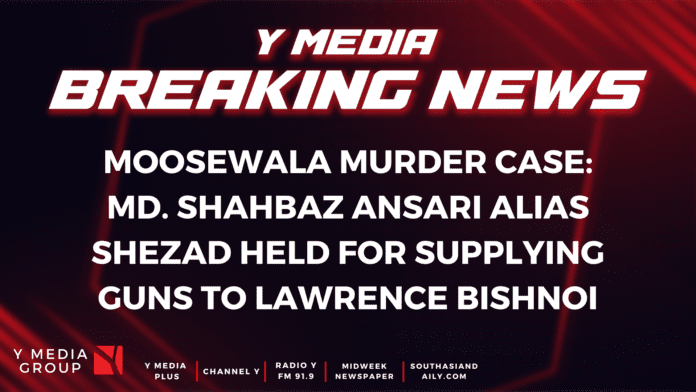 The National Investigation Agency (NIA) has arrested one Md. Shahbaz Ansari alias Shezad for supplying arms and ammunition to Lawrence Bishnoi which were used in killing of famed Punjabi singer Sidhu Moosewala, an official said on Friday.

This was the ninth arrest in the Moosewala murder case. Earlier, eight people were held by the NIA from different parts of the country.

The NIA arrested Md. Shahbaz Ansari alias Shezad in the case pertaining to a conspiracy hatched by members of criminal syndicate based in India and abroad, to raise funds and recruit youth to carry out terrorist acts in the different parts of the country.

The official said that the members of criminal gangs executed spectacular heinous crimes, including targeted killings, with an intention to strike terror in the minds of the people of the country.

The case was initially registered at police station Special Cell, Lodhi Colony, Delhi and later the probe of the matter was taken over by the NIA.

Further investigations in the matter are on.