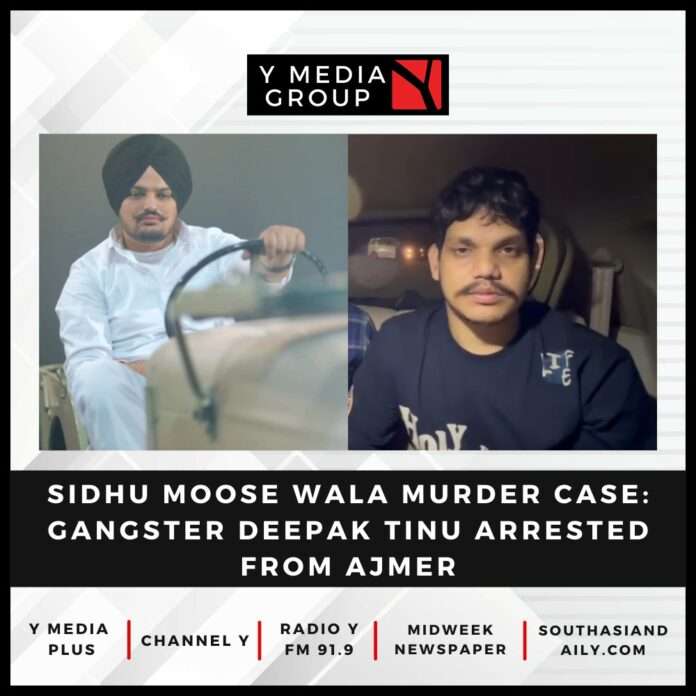 A gangster and Punjabi singer Sidhu Moosewala murder accused, who had fled from the custody of police in Punjab’s Mansa early this month, has been arrested by the Delhi Police’s Special Cell from Rajathan’s Ajmer, an official said on Wednesday.

Five grenades and two automatic pistols were also recovered from the possession of Deepak alias Teenu, a resident of Haryana’s Bhiwani.

Police said that Deepak, a member of Lawrence Bishnoi-Kala Jathedi-Sampat Nehra gang, was planning to flee from the country for which he had also procured a passport.

Addressing a press conference, Special Commissioner of Police, Crime, H.G.S. Dhaliwal, said that after Deepak had fled from custody of the Crime Investigation Agency (CIA) unit of the Mansa police, several teams of the Special Cell immediately swung into action.

“The teams kept a vigilant eye on the India-Nepal border, Bihar, UP, Madhya Pradesh, Chhattisgarh, Punjab, Haryana, Himachal and even Jammu and Kashmir to nab the accused,” he said.

“Police had detained and arrested several people during the 18-day investigation and found that Deepak was even getting international support to evade arrest,” he said.

“After intense technical surveillance the Special Cell zeroed in on a location in Ajmer, Rajasthan and it was revealed that he was staying at a location which was the stronghold of deceased gangster Anandpal. Police teams conducted raids and nabbed him. Police also recovered five grenades and two automatic pistols from his possession,” the Special CP said.

On October 9, Punjab Police had arrested the girlfriend of Deepak, while she was on her way to the Maldives, for helping him escape from the custody of Mansa police.