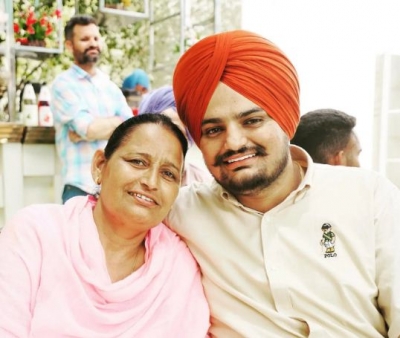 Punjab Governor Banwarilal Purohit, Union Minister Gajendra Shekhawat, who had gone to the residence of Moosewala to express condolences to his parents, and Chandigarh MP Kirron Kher were present at the meeting that lasted for 15 to 20 minutes.

The meeting was held at the Chandigarh airport.

A day earlier, Moosewala’s father, Balkaur Singh, wrote to Shah, demanding a probe into his son’s killing by a central agency.

Punjab Chief Minister Bhagwant Mann on Friday pledged to put the killers behind bars at the earliest.

“Police have got vital clues regarding the murder of Sidhu Moosewala and the day is not far when we will nab the perpetrators of this heinous crime,” he assured the aggrieved family during his visit to their native home in Mansa district.

The Chief Minister said Moosewala was a multi-talented artist who was blessed with mesmerising voice and creativity.

He said his untimely and tragic death has given a major blow to the music industry in general and millions of his fans in particular.

In less than 24 hours after his security was curtailed by the government, Moosewala was shot dead by gangsters close to his ancestral village in broad daylight on May 29.