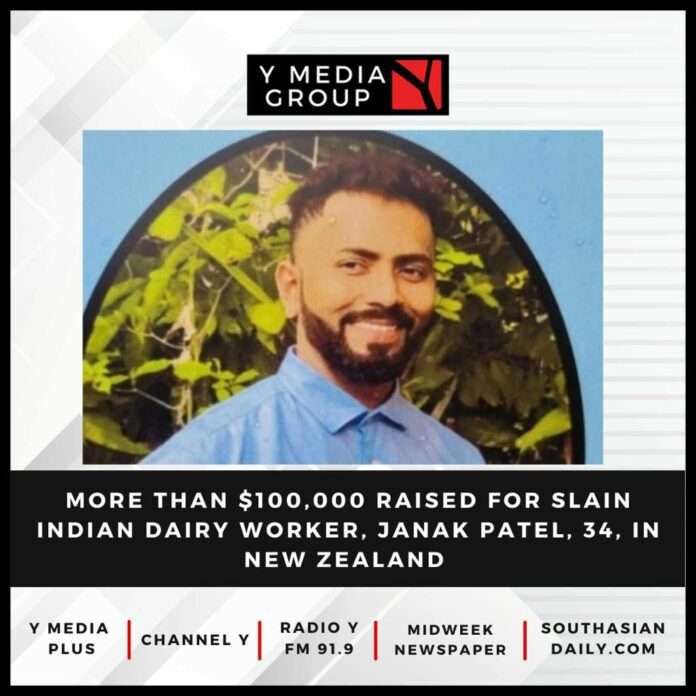 More than $100,000 has been raised for the family of an Indian dairy shop worker who was stabbed to death in New Zealand’s Auckland last month.

Janak Patel, 34, was stabbed multiple times by robbers on November 23 at the Rose Cottage Superette in Sandringham, Auckland, where he worked, and died later in hospital.

His death sparked off nationwide protests in New Zealand with small business owners and workers, mostly of Indian-origin, demanding their safety and calling for harsher penalties for criminals.

More than 2000 people, many of them anonymous, made donations for Patel, who is survived by his wife and parents, the NZ Herald reported.

The Dairy and Business Owners Group in New Zealand had started a Givealittle page to support Patel’s family. The amount thus collected would be split between his wife and elderly parents.

“He (Janak Patel) had just come to the country in April… They were trying to build their life, they were planning their family … But everything is shattered by this senseless crime,” Dairy and Business Owners Group Chairman Sunny Kaushal told NZ Herald.

Kaushal added that the success of the fundraiser showed the Indian community’s solidarity.

It has been a stressful year for dairy shop owners and workers in New Zealand with incidents of violence and robbery continuing unabated. Last week, six stores across Auckland and Waikato areas of the country were targeted by a group of burglars.

The incident came just days after four men entered Indian-origin Puneet Singh’s dairy store in Hamilton and cut off two fingers of his employee with a machete.

Most of the dairy owners and workers in New Zealand, who are of Indian-origin, say they fear going to work after Janak’s brutal killing.

Kaushal, however, said that many small business owners are angry and annoyed by “games this government is continuing to play and the lies they tell”, and “it’s time to stop”.