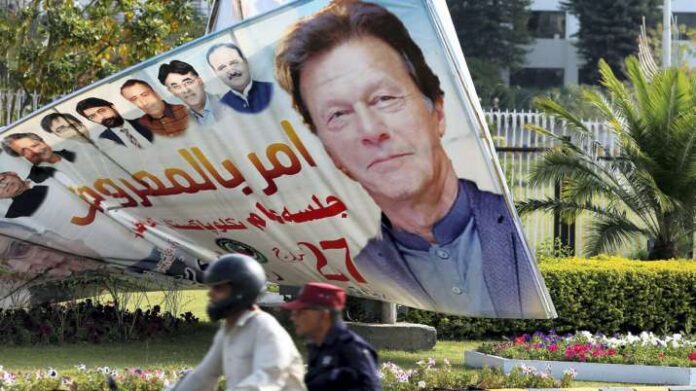 Former Pakistan prime minister and Pakistan Tehreek-i-Insaf (PTI) chief Imran Khan could soon be booked for sedition. According to reports, the Pakistan government is mulling to file a sedition case against Khan and the chief ministers of Gilgit-Baltistan and Khyber Pakhtunkhwa.

A special committee of the Cabinet met today to deliberate filing a sedition case against Khan and others for planning an ‘attack’ on the federation during the PTI’s ‘Azadi March’ in Islamabad last month.

The May 25 protest march by Khan’s party had left a trail of destruction in the capital. The march was called by the ousted PM to press the government to call snap polls. However, the march failed to achieve its objective as clashes erupted between protestors and police.