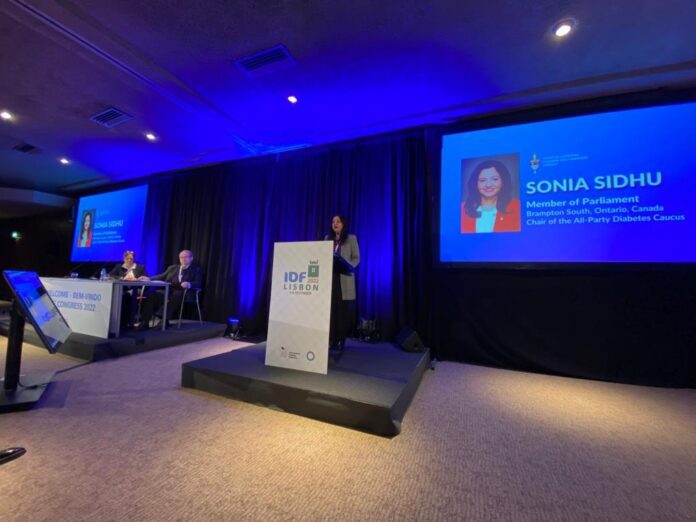 As this year comes to an end, MP Sonia Sidhu, Member of Parliament for Brampton South, concluded a productive parliamentary session and two successful international trips, to Lisbon, Portugal and San Diego, California.

In her role as a member of the Status of Women Committee, MP Sidhu and her colleagues tabled two reports that were delivered to the government. The first report focuses on intimate partner and family violence in Canada. The report provides guidance to the Government of Canada on measures that could be implemented to prevent family violence and help survivors. The second report focused on violence against Indigenous women and girls. MP Sidhu was able to highlight this work in San Diego, where she met with the District Attorney who champions the Family Justice Model, which is in practice at Brampton’s Safe Centre of Peel.

MP Sidhu also returned from a productive Parliamentary trip to Portugal earlier this week. MP Sidhu travelled there as the Chair of the Parliamentary All-Party Diabetes Caucus and a Director at the Canada-Portugal Parliamentary Friendship group.

There, MP Sidhu was invited to speak at the International Diabetes Federation 2022 conference. At the conference, MP Sidhu spoke to attendees about her success in passing a bill in Parliament that led to the creation of a National Framework for Diabetes in Canada.

“Whether it is creating better health outcomes for Canadians or working toward preventing family violence, I will continue working hard on the issues that matter to Bramptonians,” said MP Sidhu. “I know there is more work to do, and that is why I will continue bringing your voice to Ottawa”.

In addition to fruitful national leadership on healthcare, and women’s rights, MP Sidhu continues to address the concerns of Brampton residents and looks forward to working with them in the new year.