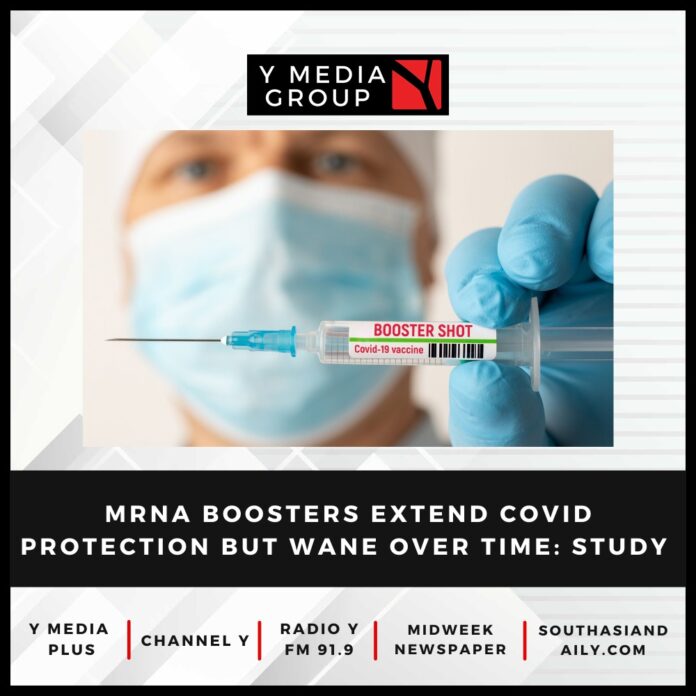 mRNA booster immunisations extend protection against moderate and severe Covid-19 for four to five months and then its effectiveness starts waning away, says a new study.

The findings, published in The BMJ, found that in the Omicron period mRNA vaccine protection against severe Covid-19 was initially high (89 per cent) but waned after primary vaccination.

“In our new study, we looked at tens of thousands of patients in multiple states, seen over a year and a half,” said researcher Brian Dixon from Indiana University.

“Our analysis provides compelling evidence, both of the effectiveness of boosting to increase immunity, and that this immunity begins to wane after four or five months, indicating additional booster doses are necessary,” Dixon added.

The data covered periods of Omicron dominance (including subvariants BA.4 and BA.5), as well as the previous periods of Delta and pre-Delta dominance.

Focusing on the durability of boosters against hospitalisation, the study found that effectiveness increased markedly after a booster shot, waning again about four to five months after the booster.

Protection increased again following a second booster. The protection and waning pattern with Moderna and Pfizer boosters were similar.