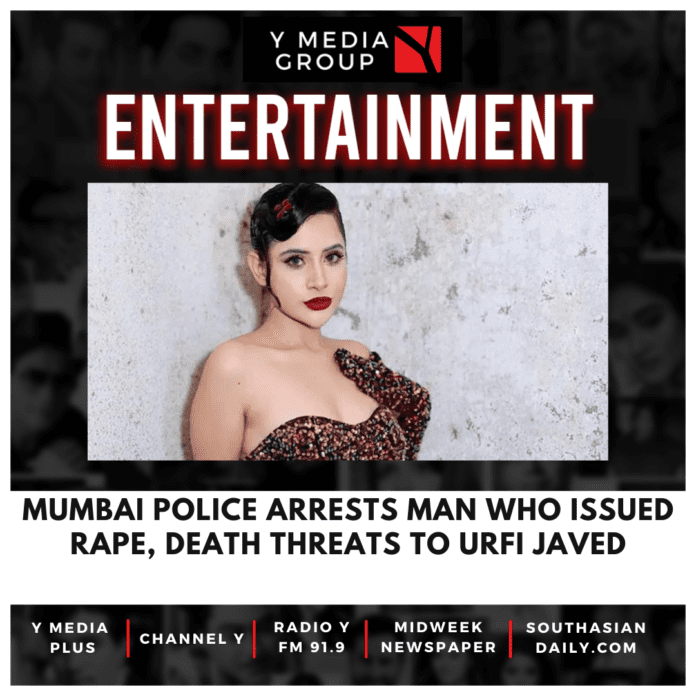 Social media influencer Uorfi Javed, who is currently in Dubai, was recently threatened by a person online as he issued death and rape threats to the social media personality. Uorfi is known for her off-beat sartorial choices that often don’t sit well with the hardliners.

According to a report by ‘Free Press Journal’, the Police in Goregaon area of Mumbai have arrested a man by the name of Naveen Giri. Meanwhile, the social media influencer was reportedly detained by the police for allegedly shooting a video in a revealing outfit in Dubai.

However, the actress later clarified that her clothes had nothing to do with the Dubai police landing on the sets of her shoot, but rather, it was some miscommunication by her production team regarding the timings of the shoot at the public place.

Uorfi is known to stir controversy with her choice of clothing. She had also called out a group of teens on social media a few weeks back for allegedly calling and texting her abuses and threats.