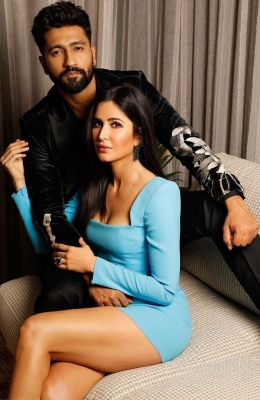 The Mumbai Police have registered a complaint by Bollywood actor Vicky Kaushal against a person who has allegedly threatened his British-wife, actress Katrina Kaif, an official said here on Monday.

The complaint has been lodged by Santacruz Police Station against the person for posting death threats on social media and stalking the 39-year-old Katrina.

The police have filed the plea under various sections of Indian Penal Code and IT Act and are probing the matter, said the official.

It may be recalled that the couple had recently gone to Maldives to celebrate Katrina’s birthday on July 16 and had posted their holiday memories on social media, after which she was issued dire threats.

The developments come barely a month after mega-star Salman Khan and his dad Salim Khan also received death threats from certain gangsters with links to the Moosewala gang.