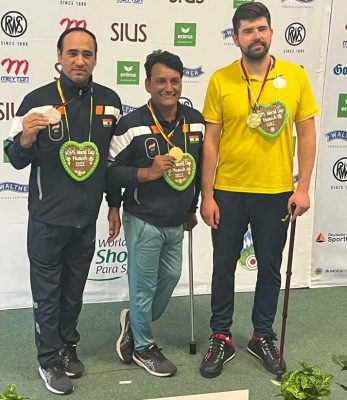 The Indian para-shooters started the World Shooting Para Sport Munich World Cup in style, claiming two gold and one silver medal on the opening day of the competition here on Friday.

India’s second gold of the day came in the 25m pistol team event.

In the team event, India won the gold medal with a score of 14 with Great Britain (12) and Switzerland (9) taking silver and bronze respectively.