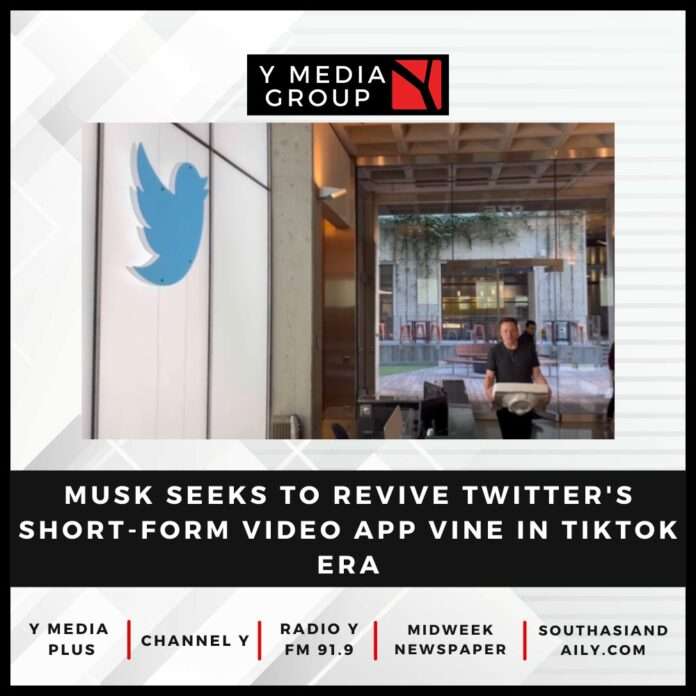 Chief Twit Musk posted a poll on his Twitter account, asking users if they think Vine should be brought back, with a caption, “Bring back Vine?”.

Several users expressed their thoughts on the poll. A user commented, “I think it would be a great idea to bring back Vine. It was a great platform for creative content and I think there is still a lot of potential there”

“What, basically Twitter had TikTok 10 years ago (Vine) with 200 million users and shut it down. Stupidest thing they ever did, from a business POV. It was awesome,” another user commented.

Vine was a six-second looping video clip sharing platform owned by Twitter. The company shut down the Vine app service in 2016, revamping it into Vine Camera that allowed users to shoot 6.5 seconds looping videos.

Twitter acquired Vine in October 2012, and as of 2016, the app had over 200 million active monthly users and more than 1.5 billion loops have been viewed since its inception.

In Musk’s first direct call with Twitter employees, Elon Musk briefed them about his plans once he takes over the platform, including making it more like TikTok and to allow “outrageous comments”.

The Tesla CEO, however, clarified that such comments shouldn’t be amplified.

Musk told Twitter employees that the platform needs to become more like TikTok if it wants to achieve his goal of reaching one billion users.

Meanwhile, Chinese short-form video app TikTok has become a key news source for its users and in the US, 33 per cent of its users now regularly get their news on the short-video app, up from 22 per cent in 2020.