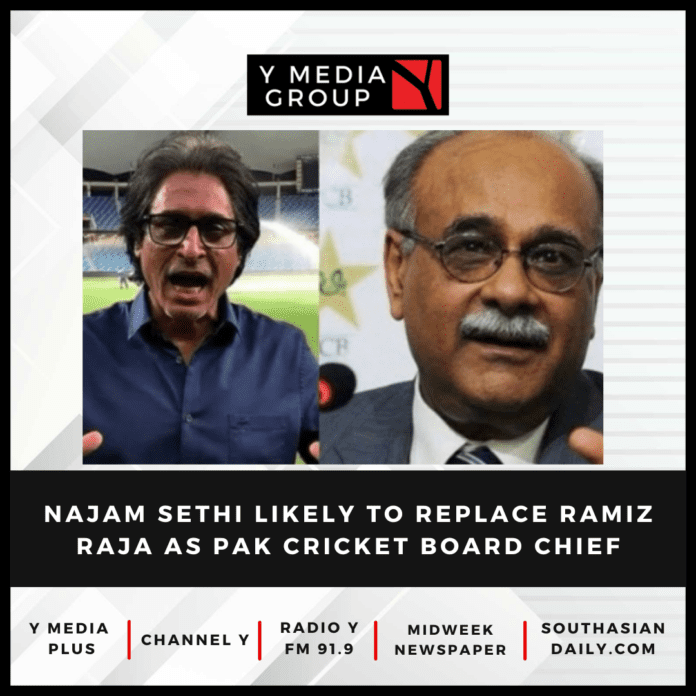 There may be a change of guard in the Pakistan Cricket Board (PCB) as the latest developments suggest that Ramiz Raja might be replaced as the board’s chairman, media reports said.

Geo News reported citing sources on Saturday that former chairman of PCB, Najam Sethi, is a strong candidate for the post. Pakistan Prime Minister Shehbaz Sharif has also hinted at replacing Raja with Sethi, they said.

Reportedly, Sharif had a luncheon with Sethi in Lahore.

“PCB’s constitution of 2014 should be restored. After its restoration, departmental sports will be revived,” said sources, quoting the premier.

The sources said that the secretary of the Ministry of Inter-Provincial Coordination (IPC) has forwarded the summary regarding the changing of the chairman to the Prime Minister’s House, Geo News reported.

The Prime Minister can order the reinstatement of the 2014’s PCB constitution, added the sources.

Reports of Raja’s replacement as the PCB chairman circulated a few times, however, he rejected the claims and said that he is not going anywhere.

Former Pakistan captain and 1992 World Cup winner Raja was elected unanimously and unopposed as the PCB’s 36th chairman for a three-year term in September last year.

Sethi stepped down as the PCB chairman in 2018 when Imran Khan was sworn in as the prime minister. Sethi was appointed on a three-year term in 2017, however his sour relationship with Khan resulted in his early exit.