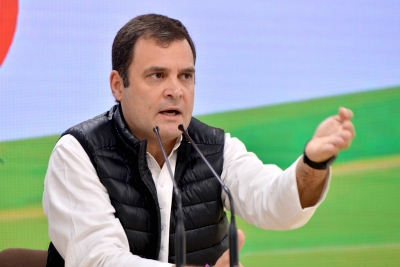 Congress leader Rahul Gandhi is expected to join the Enforcement Directorate’s probe into the National Herald case on Monday.

Rahul Gandhi was summoned on June 2, but he could not join the probe as he was abroad.

“Rahul Gandhi was summoned to appear before the probe agency on June 2. He had requested the ED to give him some time to join the investigation as he was abroad,” said an official.

The ED then issued a second notice asking him to join the probe on June 13.

On Friday, Sonia Gandhi was issued a fresh summon by the ED to join the investigation in the same case on June 23.

Earlier she was summoned on June 8, but she wrote to the ED informing that she was infected by Covid-19 and hence was unable to join the probe. Subsequently, the ED issued a fresh summon to her.

Sources said that both have been asked to appear before ED’s Delhi headquarters.

The case has been lodged against various Congress leaders, including the Gandhis, for allegedly misappropriating National Herald fund.

Initially, the case was lodged with the Central Bureau of Investigation. The ED case is based on the CBI case.