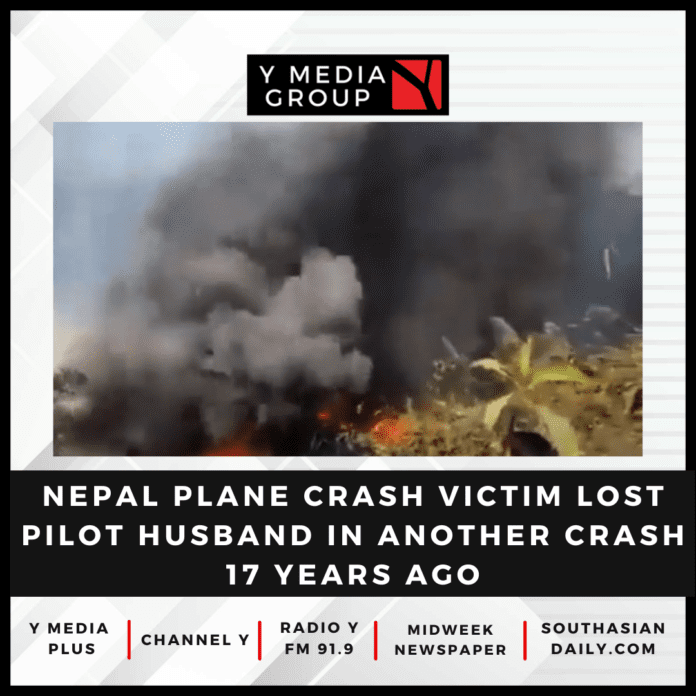 A woman who was killed in the Yeti Airlines plane crash in Nepal had lost her pilot husband also in a tragic plane crash 17 years ago.

The victim, Manju Khatiwada, 44, was the co-pilot of the ill-fated plane that crashed on Sunday in the western city of Pokhara.

He husband, Dipak Pokharel died in 2006 during a plane crash in the Jumla district.

According to the Kantipur national daily, after the death of her pilot husband, her father, Govinda was planning to send her to India for nursing study but she denied it and went to the US to undertake a pilot course.

She was supposed to be promoted to the rank of pilot after undertaking a few more flights.

In order to become a pilot, one needs at least 100 hours of flying experience.

Manju had successfully landed in almost all of Nepal’s airports earlier.

After one more successful landing, she was about to get a chief pilot’s license on Sunday.

She is survived by her daughter.

The plane that crashed on Sunday was piloted by Senior Captain Kamal KC.

She died while fulfilling the dream of her first husband, Santosh Timilsina, manju’s second husband, told the media in Biratnagar, an eastern town of Nepal where she was born and brought up.

Everyone who knew her are grieving, he added.

The ill-fated ATR-72 plane took off from Kathmandu for Pokhara at 10.30 on Sunday morning and it lost contact with the air traffic control at 10.50 a.m.

There were 68 passengers and four crew members aboard the flight, among them 15 foreigners, including five Indians, four Russians, two Koreans and one each from Australia, Ireland, Argentina and France.

A total of 68 bodies out of the 72 were recovered as of Monday morning while rest four bodies mainly of minors, are yet to be found, according to District Police Office.