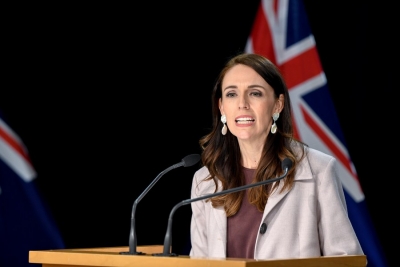 New Zealand Prime Minister Jacinda Ardern on Monday made changes to her Cabinet line-up by replacing ministers for Police, Immigration and Justice.

Chris Hipkins who was responsible for Covid-19 response takes over as Minister of Police, and Ayesha Verrall who is currently the associate Health Minister will be in charge of Covid-19 response, Ardern said after a Cabinet meeting.

The move was in response to the wide criticism of government inaction towards increasing gang violence in several New Zealand cities and deteriorating public security, reports Xinhua news agency.

The new police focus will be on supporting the police, implementing the record investment in the frontline, passing further gun law reforms and developing additional measures to deal with the current escalation in gang tensions and violence, said the Prime Minister.

Hipkins, also the Minister of Education, has a degree in criminology and a long interest in working in the youth justice space, which dovetails with his education work, Ardern said, adding a significant part of his Education portfolio will move to Associate Education Minister Jan Tinetti.

Speaker Trevor Mallard will end his 35-year parliamentary career in mid-August as he prepares to take up a diplomatic post in Europe.

Adrian Rurawhe will be nominated as the new Speaker.

The changes will take effect following a ceremony on Tuesday.

“These changes are triggered by two departures. It’s also an opportunity to give newer ministers greater responsibility and to bring new members onto the team,” Ardern said.