No plans for Modi-Shehbaz meeting on sidelines of SCO summit 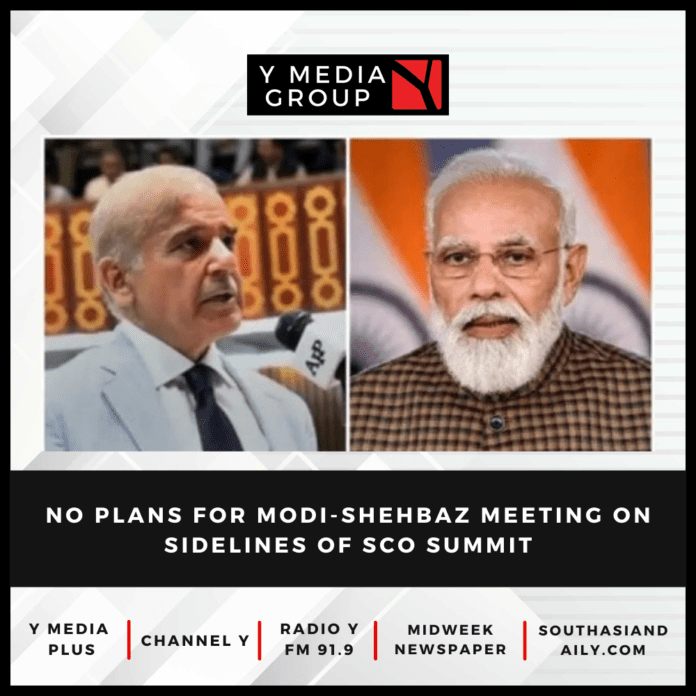 Pakistan Prime Minister Muhammad Shehbaz Sharif has no plans to meet his Indian counterpart Narendra Modi on the sidelines of the Shanghai Cooperation Organization (SCO) being held in Samarkand, Uzbekistan, this week.

An official said though a brief courtesy meeting between the two was possible, they would not be holding talks saying none of the two sides have sought a meeting.

The Foreign Office in a statement, however, confirmed that Prime Minister Sharif would attend the 22nd annual Meeting of the Council of Heads of State (CHS) of SCO.

“Besides attending the summit, the Prime Minister will hold bilateral meetings with other participating leaders on the sidelines of the CHS,” it said.

The Pakistani leader will be participating in the CHS meeting on the invitation of Uzbek President Shavkat Mirziyoyev, who would chair it.

The leaders of SCO members and observer states as well as the heads of SCO organisations and other special guests would attend the meeting.

The CHS is the highest forum of the SCO, which considers and defines strategy, prospects and priorities of the organisation.

At the forthcoming CHS, the SCO leaders will deliberate on important global and regional issues, including climate change, food security energy security, and sustainable supply chains.

They would also approve agreements and documents that would chart the future direction of cooperation among SCO member states.

The SCO is a major trans-regional organisation spanning South and Central Asia.

Founded in 2001, the SCO upholds the values and principles enshrined in the “Shanghai Spirit” that include mutual trust, mutual benefit and pursuit of common development, Dawn reported.