No warning shots: The life and end of Moosewala 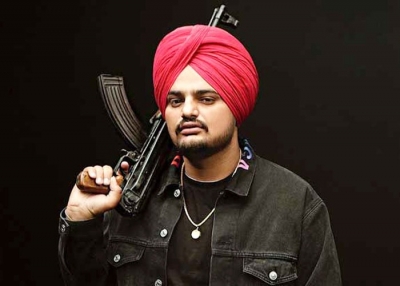 In a state obsessed with arms, he would have never imagined that on a warm Sunday it would be the gun that would silence his song forever near Mansa in Punjab.

The police have said the Canada-based gangster has claimed responsibility.

The singer, never far from controversy’s earshot, who contested on a Congress ticket during the recently held state elections and lost, was popular not only in his native state but Punjabi diaspora across Canada, the UK and the US.

Not that his major hit numbers were musically phenomenal but they did manage to catch the fancy of ordinary Punjabi young men — guns and jeeps being the keywords.

Such was his following that one can see photos on windshields of topless jeeps and Bullet motorcycles.

Another important reason for his popularity was his existence in the perpetual grey zone. He never projected himself as the nice guy next door, he never spoke about the faraway dream of a revolution.

He was all about ‘pride’, some might dismiss it as misplaced but then that did make him popular. His last video ‘Levels’ was released four days ago.

His killing comes just a day after the AAP government in the state withdrew his security cover.

While two Police commandos had been taken away, he had not taken the other two nor his bullet-proof vehicle with him when he went out on a fateful day.

Two other people travelling with him sustained injuries. Punjab Chief Minister Bhagwant Mann has expressed shock and stressed that those involved will not be spared.

Never shy of glorifying caste and strong-arm tactics in his songs, he shot to instant fame with the song ‘So High’.

Some other hit numbers from his stable which sent YouTube in a tizzy included ‘Game’, ‘Warning Shots’, ‘Legend’, ‘Tochan’ and ‘Famous’, among others.

This electrical engineering graduate released his first album ‘PBX 1’ in 2018.

Known to publicly criticize his contemporaries, Moosewala was also an actor and seen in movies like ‘Jattan Da Munda Gaun Lagya’, ‘Teri Meri Jodi’ and ‘Yes I am Student.’

Never far from controversy, a complaint about hurting religious sentiments was also filed against the singer some time back for using the name of Mai Bhago, who led 40 Sikh soldiers in a fight against the Mughals.

He had appeared on a social media platform and tendered an apology.

The gangster culture of Uttar Pradesh and Bihar has always taken centre stage especially when it comes to Indian films, which have not dwelled upon the happenings in the badlands of interior Punjab and Haryana despite the fact that several ‘encounters’ have taken place in these states in the past few years.

Be it the Lawrence Bishnoi gang, Jaggu Bhagwapuria gang, Shera Khuban gang or Sukha Kahlon gang, successive state governments have always promised the people action against them, but little seems to have been achieved on the ground.

Amid allegations that many gangsters enjoy the patronage of several politicians, the police have increasingly found it tough to reign in their activities that include targetted killings, smuggling, extortion and drug peddling.

At any given time, many youngsters could be seen outside his house in Mansa — to shake hands with him, to take a selfie with the singer who reached cult status in his youth.

The massive house will soon see all the crowds thinning away, but his photographs on jeeps and motorcycles will continue to ride on Punjab’s roads.

For many youngsters, he will grow bigger in his death.