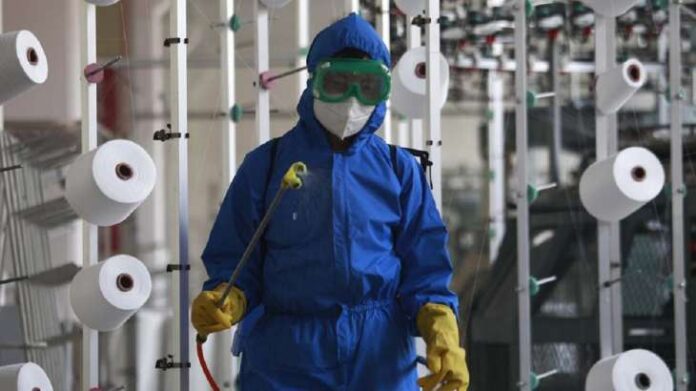 Meanwhile, Kim’s powerful sister also spoke during the virus meeting in Pyongyang on Wednesday and blamed the country’s infections on anti-Pyongyang leaflets flown in by rival South Korea and warned of counteraction that would be a “deadly retaliatory one.”

After maintaining a widely disputed claim to be coronavirus-free for more than two years, North Korea on May 12 admitted to a COVID-19 outbreak, saying an unspecified number of people in Pyongyang were diagnosed with the omicron variant.

North Korea has since reported about 4.8 million “fever cases” out of its population of 26 million but only identified a fraction of them as COVID-19.

It says 74 people have died, an extremely low fatality rate that experts have widely questioned in part because almost no one in North Korea is vaccinated against the coronavirus.

North Korean health officials have been claiming a slowing outbreak for weeks, reporting no suspected cases since late July, a rapid decline experts have also questioned.

Some experts say North Korea has likely manipulated the scale of illness and deaths to help Kim maintain his absolute leadership amid mounting economic difficulties in the isolated nation.