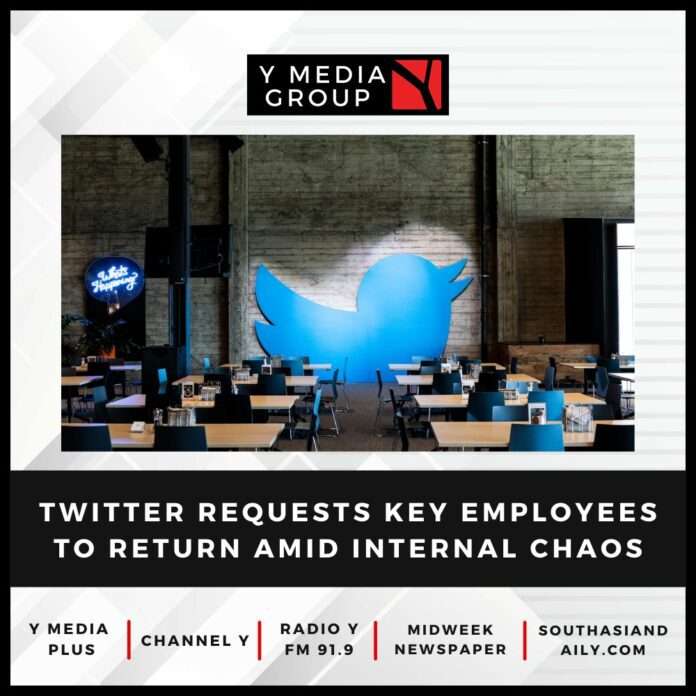 After brutally laying off almost half of its workforce last week, Elon Musk-run Twitter is now reportedly asking some employees to come back and help the remaining folks put the tumbled house in order.

According to Platformer editor Casey Newton, the micro-blogging platform is now asking key people to come back to their roles at the company.

“Multiple sources and Twitter Blind chats now say that the company has begun to reach out to some people it laid off asking them to come back. Whoops,” Newton said in a tweet.

A Twitter internal Slack communication message apparently read that “I wanted to pass along that we have the opportunity to ask folks that were left off if they will come back. I need to put together names and rationales by 4PM PST Sunday”.

“I’ll do some research but if any of you who have been in contact with folks who might come back and who we think will help us, please nominate tomorrow before 4,” read the screenshot of the Slack message posted by Newton.

“I think we might use some android and iOS help,” it added.

Some employees even took to social media platforms, saying that some of the new features that Musk just announced, like the ability to attach long-form text to tweets, was their hard work and those features were almost ready for testing.

According to reports, poorly planned Twitter layoffs likely removed teams and individuals who were key to continuing development as well as just keeping things running.

Meanwhile, Twitter has said that its “core moderation capabilities” are still in place.

Yoel Roth, Twitter’s head of safety and integrity, said that while the company said goodbye to incredibly talented friends and colleagues, “our core moderation capabilities remain in place”.

“The reduction in force affected approximately 15 per cent of our Trust & Safety organisation (as opposed to approximately 50 per cent cuts company-wide), with our front-line moderation staff experiencing the least impact,” Roth informed last week.