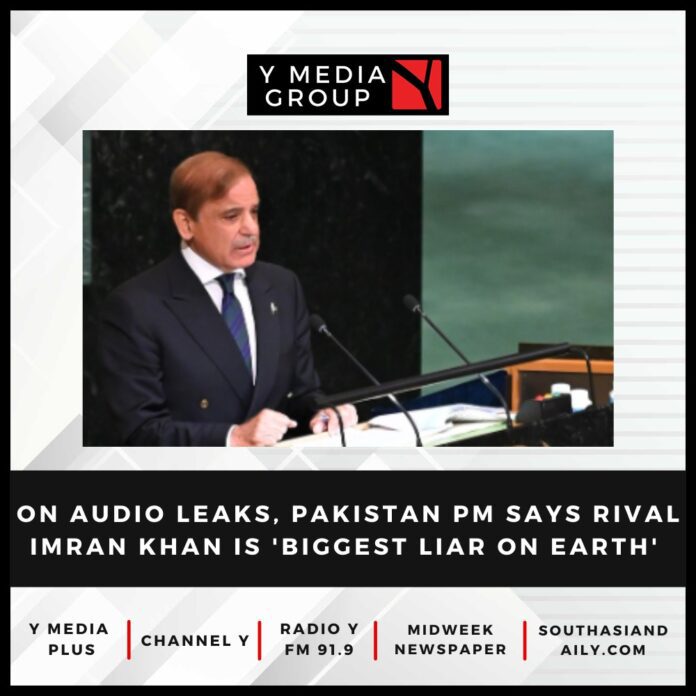 Pakistan’s Prime Pinister, Shehbaz Sharif, has accused the former premier Imran Khan of being the “the biggest liar on the face of the earth” and injecting poison into society to “dangerously polarise the electorate” after he was toppled from power earlier this year, The Guardian reported.

Speaking in his first interview from Pakistan since he took over as Prime Minister in April, Sharif, 70, spoke unsparingly of the “damage” that Khan, the former cricket superstar who ruled Pakistan from 2018, had done to the country in both domestic and foreign affairs.

Sharif, who is the younger brother of the former Prime Minister Nawaz Sharif and part of one of Pakistan’s most powerful political dynasties, called Khan “a liar and a cheat” whose policies had left the economy in ruins, The Guardian reported.

He accused Khan, who ran on an anti-corruption manifesto, of conducting the country’s affairs to suit his own personal agenda “in a manner which can be only described as the most inexperienced, self-centred, egotistical, immature politician in the history of this country.”

Sharif said the leaked audios were “an irrefutable endorsement that he [Khan] is the biggest liar on the face of the earth. I’m not saying this with a sense of glee but a sense of embarrassment and concern. My country’s image has been been damaged hugely by these lies told out of mean personal interest.”

Sharif, who has always worked with the military establishment, acknowledged that he faced significant challenges ruling Pakistan while Khan was mobilising on the streets. Several of the economic decisions made by Sharif’s government, such as raising fuel taxes, have proved very unpopular.

“Never before was I concerned about our country’s future,” said Sharif. “Imran Khan has injected infinite amount of poison in this society and made it hugely polarised as never before…he is distorting facts and creating hate,” The Guardian reported.