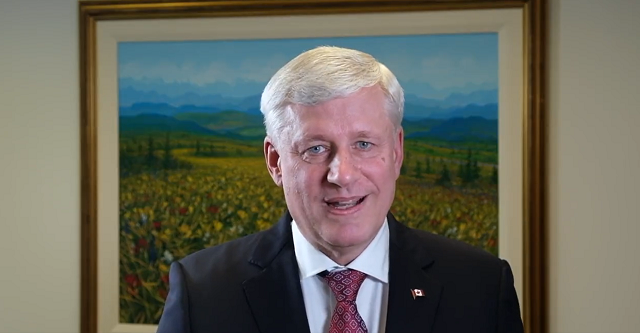 “That’s how we win the next federal election, and in my opinion, Pierre has made by far the strongest case,” Harper said in a tweet.

“He’s (Pierre Poilievre) been talking about the issues, especially the economic issues, that matter.”

“In the past several years, he’s been our party’s most vocal and effective critic of the Trudeau Liberals,” said Harper, who implied Poilievre’s advocating economic issues like inflation and debt.

Harper also said Poilievre recognizes “the need to fix the institutions that are failing Canadian families.”

“I was proud to serve in his Cabinet, and it’s a big honour to have his support in this leadership race.”

Conservative Party members will elect their new leader on September 10, 2022.