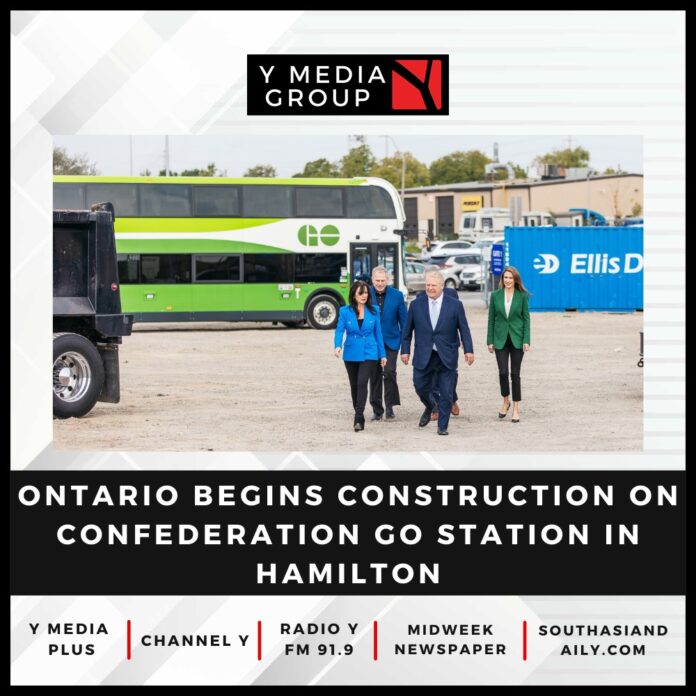 The Ontario government is marking the start of construction on the Confederation GO station in Hamilton. The new station will help reduce gridlock and connect more people to jobs, housing and transit in one of the fastest growing regions in the province.

“Families, commuters and businesses throughout Hamilton and across the Greater Golden Horseshoe rely on the Lakeshore West line every day,” said Premier Doug Ford. “Building the new Confederation GO station will make it easier for Hamilton commuters to access transit and boost economic growth. Our government is getting it done and delivering the convenient transit options that people deserve.”

“Better connecting regions throughout the province has been a priority for our government and with this expansion of transit services into the City of Hamilton, we are delivering,” said Caroline Mulroney, Minister of Transportation. “Building Ontario through critical transit infrastructure projects, like Confederation GO station, is part of our plan to fight gridlock and reduce emissions, while connecting more people to jobs and housing.”

“Hamilton has seen significant growth as a destination to live, work, and play in, which requires more transit options to support residents and visitors alike,” said Fred Eisenberger, Mayor of Hamilton. “We are extremely pleased to see the Government of Ontario and Metrolinx prioritize the building of the Confederation GO station, which will better link East Hamilton, Stoney Creek and the entire Golden Horseshoe area with more choice and better access to and from our community.”