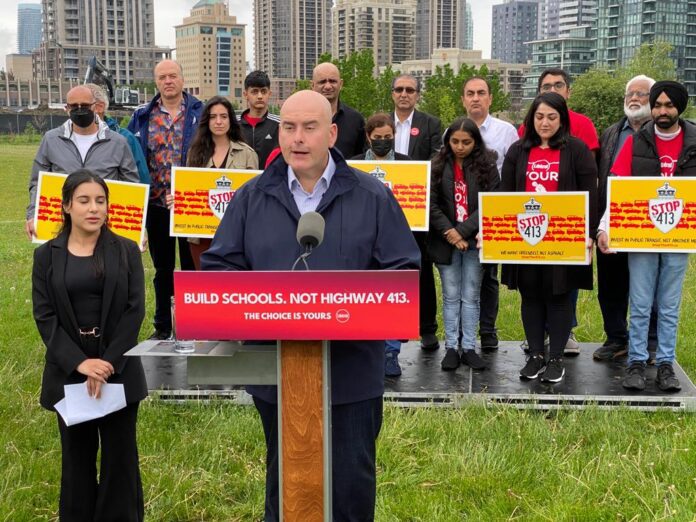 Rather than waste $10 billion on a road, Ontario Liberals will build 200 new schools and repair 4,500 more, touching every region of the province. While Highway 413 will turn Doug Ford’s friends from millionaires into billionaires, our plan will result in better schools in your neighbourhood and an investment in your kids’ and Ontario’s future.

“Highway 413 is a waste of money and an environmental disaster in the making – I know, I was the Transportation Minister who killed it the first time,” said Del Duca. ​ “Now, Doug Ford wants to pave over these sensitive lands in the Greenbelt against the objection of mayors, municipalities and environmentalists. Ontario Liberals will defeat Doug Ford and stop the 413 forever.”

“This election is about choices – and on June 2, the choice couldn’t be clearer,” continued Del Duca. “It’s a choice between the Ford Conservatives, who want to take $2,000 out of your pocket and hand it over to their wealthy supporters – and the Ontario Liberals, who want to invest in your kids’ education.”