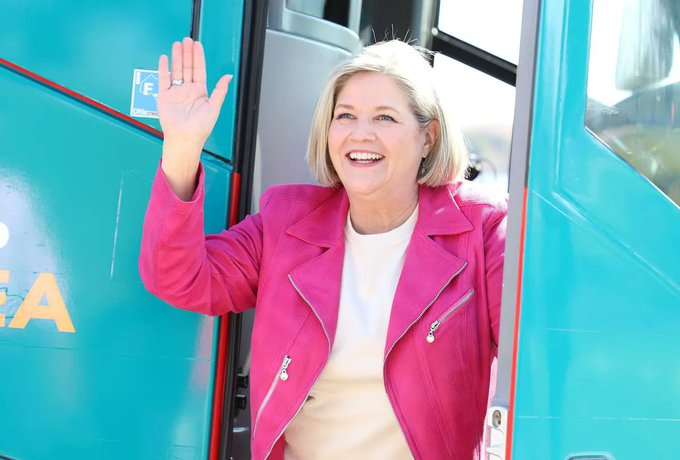 Lifted by momentum heading into the final week of the campaign, the NDP continues to raise record amounts of money, and roll out inspiring ads — including one TV spot called Believe in which actual Horwath supporters were interviewed about their support for Andrea Horwath and the NDP.

“If you want change, you can’t sit on the fence, you have to participate,” says one supporter. “It’s important to have a party that’s going to be there for young people,” says a bartender. “We can make sure everyone has access to the things they need to thrive,” says a woman boarding a bus.

“That’s why I support the NDP. Because it’s really for the people,” says a mom holding her infant. “This is an opportunity to take a different path,” says a dad with young kids. “We believe the NDP is for the working guy,” says one senior, to which is wife responds “They’re for the people and we really believe in them.”

A determined, warm Horwath closes the ad: “I’m Andrea Horwath I’m running for premier to work for you.”

The NDP’s $5.9 million figure includes all amounts donated under $200, which are not publicly reported by Elections Ontario. That amount came from 62,816 separate donations — more than every other party combined.