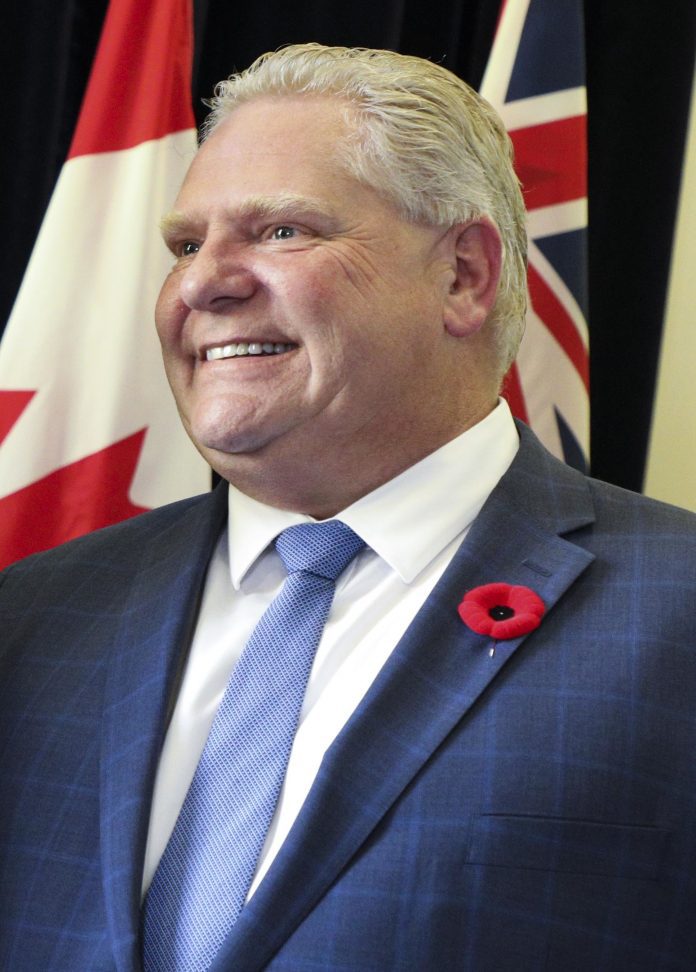 Today, Doug Ford announced that only a re-elected PC government will build a new and expanded Garden City Skyway Bridge to reduce gridlock and improve commute times for drivers.

“Building a new and expanded Garden City Skyway bridge will be a game changer for the people of St. Catherine’s and Niagara region, getting them where they need to go faster and without the hassle of sitting in traffic,” said Doug Ford. “The Del Duca-Wynne Liberals failed to build roads, highways and bridges, leaving drivers stuck in gridlock. Andrea Horwath and the NDP are opposed to building anything.”

The project is a new multi-lane, twin bridge on the Queen Elizabeth Way (QEW) over the Welland Canal, which will better connect the growing city of St. Catherine’s with the rest of Niagara region and Ontario. In addition to the new bridge that will be built, the existing Skyway bridge will undergo a massive rehabilitation, including a full deck replacement, further expanding its capacity and improving the driving experience for commuters. Once complete, the new bridge will carry Toronto‐bound traffic with the upgraded existing bridge carrying Niagara‐bound traffic.

The new Garden City Skyway bridge will also improve Niagara region’s ability to move goods across the province by strengthening a critical strategic trade and economic corridor. This new bridge will be a crucial link between Ontario’s international border crossings at Niagara Falls and Fort Erie and the Greater Golden Horseshoe, playing an important role in boosting economic growth in the region.

“Ontarians can’t go back to the delays of the build-nothing Del Duca-Wynne Liberals,” added Ford. “The Liberals and NDP will find any reason to say ‘no’ with endless studies, reports and committees. Only the Ontario PCs will get it done for drivers and local businesses by building the Garden City Skyway bridge expansion.”