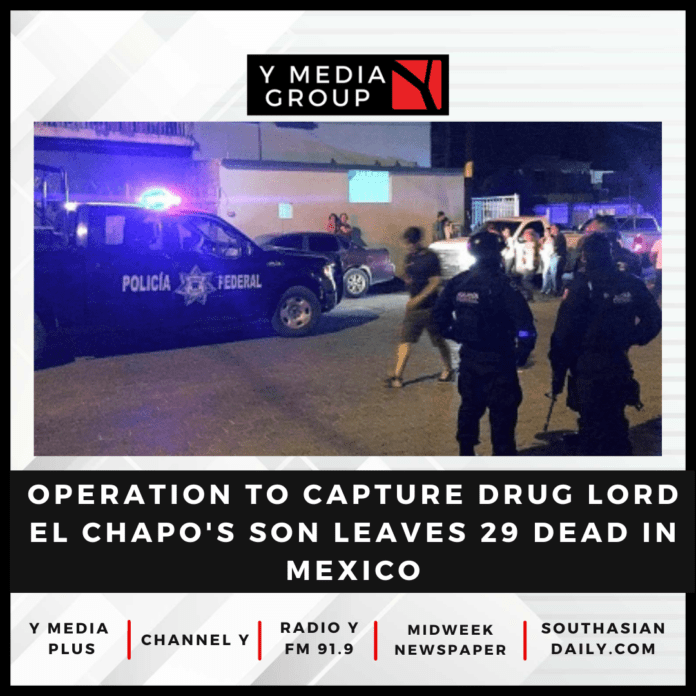 The capture of Ovidio Guzman on Thursday left 19 assailants and 10 military troops dead and 35 others wounded, Sandoval was quoted as saying by Xinhua news agency.

Army and National Guard troops led the operation to capture Ovidio Guzman, a leader of the Sinaloa drug cartel, leading to armed clashes and the exchange of heavy gunfire in the Jesus Maria district of the city of Culiacan.

According to Interior Minister Adan Augusto Lopez, Ovidio Guzman was arrested for a range of crimes, including possession of military weapons and attempted homicide.

Meanwhile, Foreign Affairs Minister Marcelo Ebrard confirmed that the US requested Ovidio Guzman’s extradition back in September 2019, adding that the process could take several weeks.

Mexican law requires US authorities to first submit the evidence they have against Ovidio Guzman to a Mexican judge, who will then decide whether to proceed with the extradition request, Mexican President Andres Manuel Lopez Obrador said.

Ovidio Guzman faces charges of conspiracy to distribute cocaine, methamphetamine and marijuana in the US, media reports said.