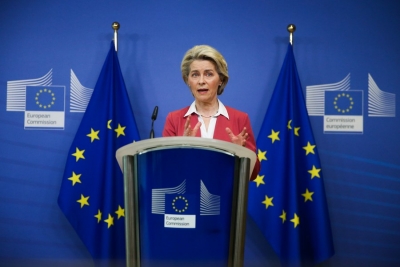 “The European Commission is currently preparing its recommendations — the so-called conclusion for EU member states. We have been working on this assessment day and night,” von der Leyen added on Saturday at the joint press conference with Ukrainian President Volodymyr Zelensky.

“Our discussions will allow us to conclude this work by the end of next week.”

On February 28, Zelensky signed an official appeal to the EU asking for the accession of Ukraine through a new special procedure, Xinhua news agency reported.

The European Commission President gave the EU membership questionnaire to the Ukrainian President during her visit to Kiev in April. The first part of the document was submitted to the EU on April 18, while the second was delivered on May 9.

However, observers say even with candidate status, it may take years, if not decades, for Ukraine to obtain EU membership.