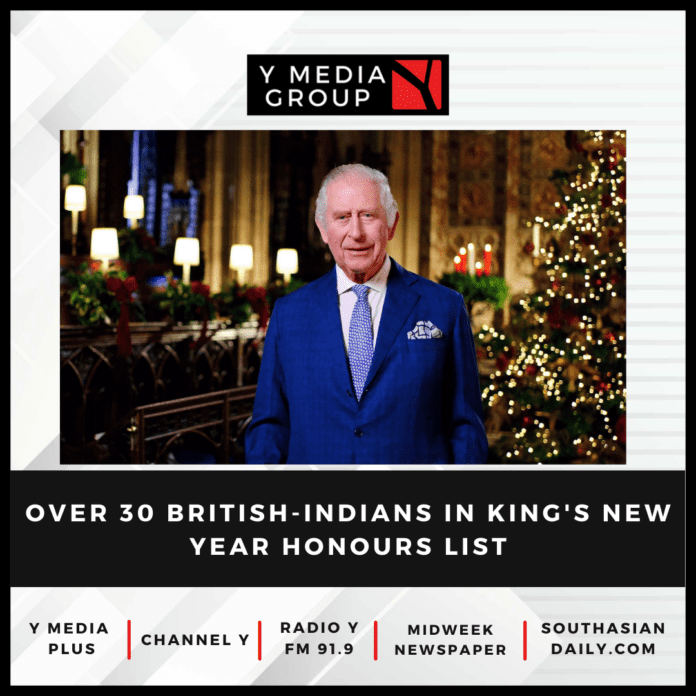 Cambridge professor Partha Sarathi Dasgupta and COP26 President Alok Sharma are among the more than 30 people of Indian-origin who have been honoured by King Charles III in his first New Year Honours List released in London.

Former Minister Alok Sharma, 55, has been honoured with the Order of St Michael and St George for his contribution to combating climate change through his role as the President of 26th UN Climate Change Conference.

Agra-born Sharma, who moved to the UK when he just five years old, has been recognised for “driving the UK to agree a historic agreement from individual countries that will have a major impact in addressing climate change in the future”.

“His (Sharma) commitment, leadership and diplomatic skill were crucial in delivering the Glasgow Climate Pact and enabling the Conference to agree significant and historic commitments from individual countries that will have a major impact in addressing climate change in the years to come,” a UK Foreign, Commonwealth and Development Office (FCDO) statement read.

Sharma was previously Secretary of State for Business, Energy and Industrial Strategy and President for COP 26 between February 2020 and January 8, 2021.

Cambridge Professor Partha Sarathi Dasgupta, raised in Varanasi, has been honoured with a Knights Grand Cross of the Order of the British Empire (GBE) for services to Economics and the Natural Environment.

He was named Knight Bachelor in 2002 in the Queen’s Birthday Honours List.

More than 1,100 people were honoured in the annual list, released late on Friday, who have given exceptional service to the UK abroad and internationally.