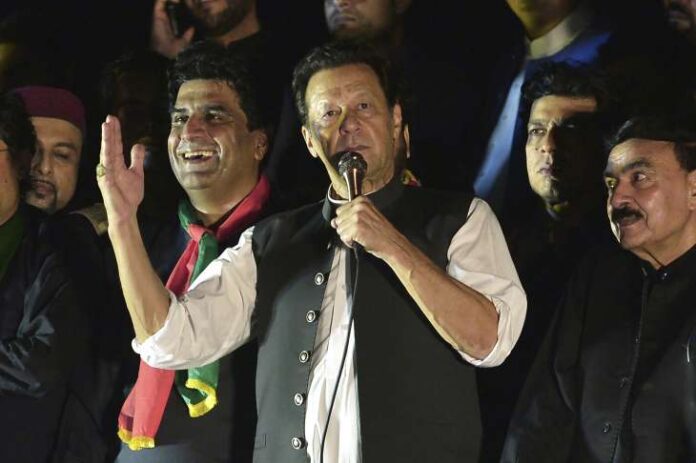 Pakistan news: Pakistan’s top court issued a show cause notice to former Prime Minister and Pakistan Tehreek-e-Insaaf (PTI) leader, Imran Khan on Tuesday. He was summoned by the court for passing controversial remarks against a female judge and a police official at a rally held in Islamabad.

Khan was also asked by a three-member bench of the Islamabad High Court to personally appear before the bench on August 31. The bench was headed by Justice Mohsin Akhtar Kayani and consisted of Justice Babar Sattar and Justice Miangul Hassan Aurangzeb.

The court on Monday constituted a larger bench to initiate contempt of court proceedings against 69-year-old Khan for “threatening” Additional Sessions, Judge Zeba Chaudhry, during his speech in Islamabad on Saturday.

Justice Kayani termed the Pakistan Tehreek-e-Insaf chairman’s remarks ‘inappropriate’ and said the case is not only confined to the Islamabad High Court (IHC) but the message is going to the highest level, adding that people on social media should be controlled.

“Imran is consistently giving remarks against the judiciary and the ECP. This should come to a stop,” he said. Justice Mian Gul added that Additional Sessions Judge Zeba Chaudhry will be provided security.