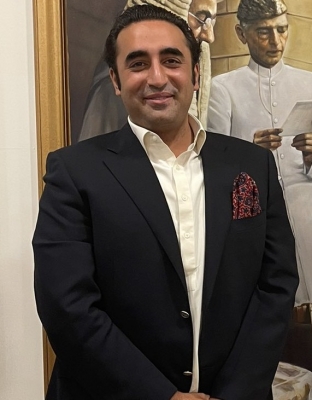 Pakistan Foreign Minister Bilawal Bhutto Zardari is in New York to hold a series of meetings with different officials of the Joe Biden administration to reset the dented ties between Pakistan and the United States.

Zardari’s visit to the US has already started to show positive vibes as US State Department spokesperson has said that Secretary of State Antony Blinken has assured Pakistan of strong US support for the efforts to rebuild Pakistan’s economy.

“The United States will continue to work bilaterally on ways to grow investment and trade opportunities to build a prosperous and stable Pakistan,” said the US State Department spokesperson.

“The US also welcomes the ongoing International Monetary Fund (IMF) deliberations with Pakistan,” the spokesperson added.

Betterment in Pak-US ties will definitely have a major impact on the IMF Extended Fund Facility (EFF), which Pakistan is desperately working to revive.

Zardari will have a one-on-one meeting with Blinken, which is likely to work as a major step towards a confidence building measure for Pak-US relations.

“We confirm that Secretary Blinken and Foreign Minister Zardari will meet one-on-one and cover a number of bilateral concerns in a follow-up to their May 6 telephonic conversation,” the spokesperson said.

It is pertinent to mention that US’ support for Pakistan comes at a time when former premier Imran Khan is staging massive public gatherings, claiming that he was ousted from power through a US-led ‘conspiracy’ for a regime change, implemented through his opposition political parties, which brought in the no-confidence motion against him in the Pakistani Parliament.

It is also believed that US’ public support to Pakistan will certainly boost Islamabad’s efforts to revive the IMF programme and could also show positive signs in the bullish market trends in the country as well.

Zardari is in New York on the invitation of Blinken to attend the UN ministerial meeting on ‘Global Food Security Call for Action’ and the Security Council’s open debate on maintenance of international peace, with a focus on conflict and food security.

“I will share Pakistan’s perspective on various issues with the international community in my UN engagements,” said Zardari.

“Zardari’s meeting with Blinken provides a useful opportunity for strengthening bilateral engagements with the US. Promoting national interest would be the foremost priority; trust and confidence with partners would be rebuilt; old friendships would be consolidated and new ones would be forged.

“Stability and continuity in policies would be provided while retaining the flexibility to adapt as required; focus would be on immediate neighbourhood as well as on balanced, objective, broad-based, and mutually beneficial relations with major powers,” said Hina Rabbani Khar, Minister of State for Foreign Affairs.