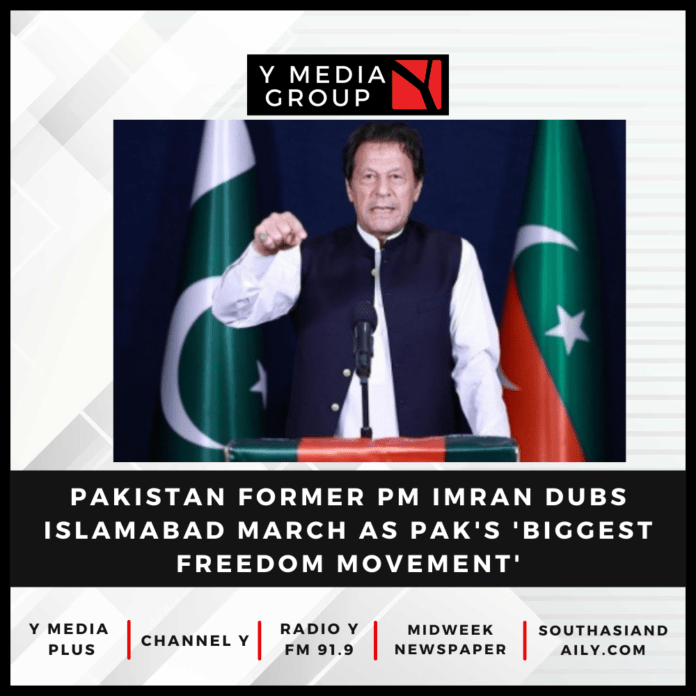 PTI Chairman Imran Khan on Wednesday dubbed his ‘Azadi March’ as the “biggest freedom movement” in the country’s history after getting a boost from the top courts decision, media reports said.

“My heart believes it will be the biggest freedom movement in the history of Pakistan. We will continue our struggle till the nation gets its rights via elections,” Khan said at a party event in Sialkot, Geo News reported.

The long march to Islamabad will kick off on October 28 (Friday) from Lahore’s Liberty Chowk despite the government’s repeated warnings to Khan, Geo News reported.

Before it approached the top court, the government issued repeated warnings to the PTI chief, with a top official saying that the authorities would multiply their May 25 policy by 10 if Khan announces another long march.

If the PTI holds another long march, it would be the second time they would be coming to Islamabad. The last march was held on May 25 and ended with Khan abruptly calling it off after reaching Islamabad.

“The old and the new workers should start mobilising. This is not a war for power or politics, but a war against a foreign conspiracy, which resulted in the installation of thieves on us,” Khan told his supporters.

The ex-Prime Minister said his long march aimed at securing “real” independence for the nation by defeating the ruling “dacoits”, Geo News reported.