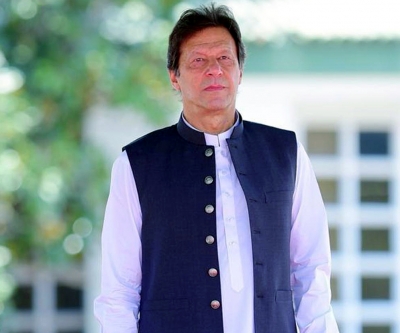 A PTI lawmaker has threatened to carry out a suicide attack if harm befalls even a “single hair” on party Chairman Imran Khan’s head, it emerged on Monday, Dawn reported.

The threat has been made by PTI MNA Attaullah in a video doing the rounds on social media. Several noted journalists have also shared the video of the enraged PTI leader.

“If a single hair on Imran Khan’s head is harmed, then those running the country be warned: Neither you nor your children will remain. I will be the first to carry out a suicide attack on you, I will not let you go. In the same way, thousands of workers are ready,” Attaullah said in the video.

The shocking statement also drew criticism on Twitter. Journalist Talat Hussain asked and answered his own question: “What was the law called under which such threats were taken into account? Oh yes, the Anti-Terrorism Act!”

The purported threat to Imran’s life was first spoken of by Faisal Vawda during the last few weeks of his government in late March. In the beginning of April, the former information minister, Fawad Chaudhry, had disclosed that a plot to assassinate Imran had been reported by security agencies.

Later the same month, after the PTI government’s ouster, the Lahore deputy commissioner had cautioned the party against going ahead with a rally in the city and had advised Imran to address the gathering virtually in light of “severe threat alerts”.

On May 14, the former Pak prime minister had reiterated that his life was in danger and that he had recorded a video in which he had taken the names of all those who “conspired against me” since last summer.