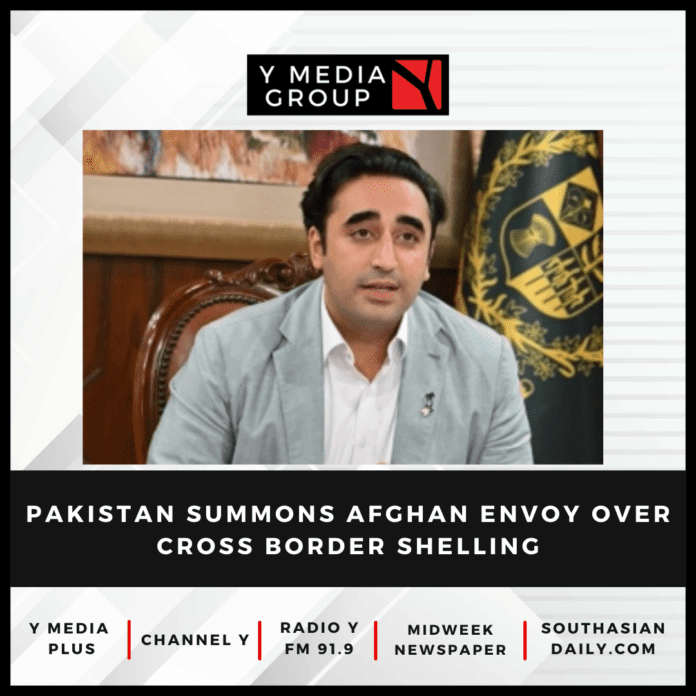 “It was reiterated that the protection of civilians remained the responsibility of both sides and that the recurrence of these incidents must be prevented. It was agreed to use established institutional mechanisms in this regard,” a press release issued by
the FO said, the Dawn reported.

“Pakistan remains committed to maintaining fraternal relations with Afghanistan. Peace along the Pak-Afghan border is intrinsic to this end,” it added.

The FO statement comes a day after armed clashes erupted between security forces from Pakistan and Afghanistan at the border in Chaman, leaving at least one dead and 15 others injured.

In a statement, the Inter-Services Public Relations (ISPR) – the military’s media wing – said indiscriminate fire from inside Afghanistan on the civilian population of Chaman, which continued intermittently through the day, left many innocent civilians injured.

However, Kabul appeared to blame Pakistan for the act of aggression.

In a post on Twitter, the Taliban Ministry of Defence claimed that Pakistani forces had opened fire first, and called for a resolution of the issue through negotiations, Dawn reported.

On Sunday, shelling by Afghan forces and a subsequent gun battle in the area had left eight dead and over a dozen injured, while at least one Afghan soldier was also killed in the exchange of fire.